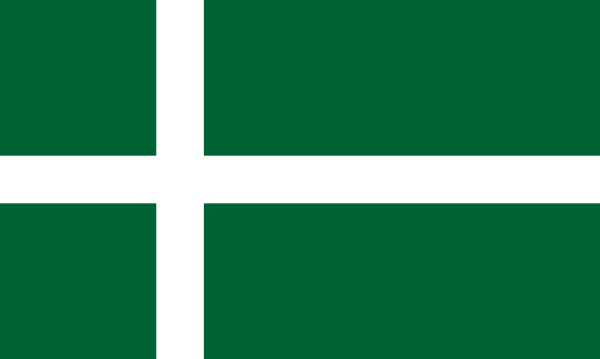 The flag of the Scottish island of Barra, in the Outer Hebrides archipelago, traditionally part of Inverness-shire, was registered on November 23rd 2017. The island had been flying its green flag, bearing a white Nordic style cross, for over a decade. Islander Scott Hatton relates that along with the flag of South Uist, it originated on the now defunct website ‘Virtual Hebrides’ which existed from 1994 to 2001. Various designs were discussed on this forum, which he subsequently created on his computer and estimates the flag’s appearance from about mid 1997.

Specifics regarding the provenance and significance of the cross design are sketchy but it has been asserted that the green field represents the Clan MacNeil, a family closely linked with the Outer Hebrides and the island of Barra and the island’s close connection with Ireland. Additionally, like South Uist, the island was part of the mediaeval Norse ‘Kingdom of the Isles’ and the name of the isle itself is of part Norse origin; this historico-cultural linkage is reflected in the Scandinavian form of the flag.

In late 2016, a concerted effort began to see this design officially registered with Scotland’s heraldic authority, the Lord Lyon ,with a meeting to discuss a formal petition to him, for registration. 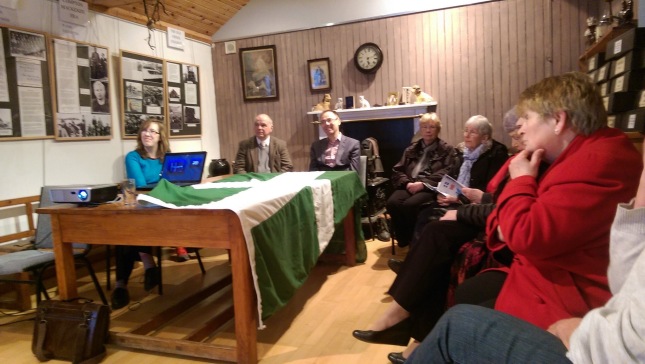 Philip Tibbetts of the Flag Institute is seen here 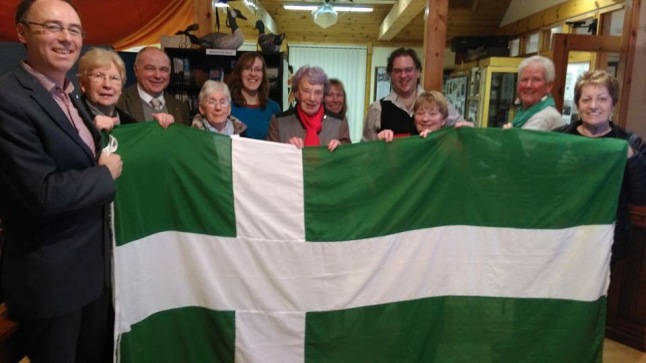 , fourth from the right, with members of the island community and the Barra flag. Local MSP Alasdair Allan, who initiated the drive for its official recognition is seen at left. The campaign was championed by Dolina Manford, Chair of Northbay Community Council, with the support of the island’s other community council. Funding was kindly provided by local community charity Barra and Vatersay Voluntary Action. Donald and Dolina Manford arranged for a petition to the Lord Lyon for registration of the design, to be signed off by the community councils on the island.

The flag in the picture above shows a cross realised with thick dimensions, which gives the flag some substance but there had been no fixed form of the design, with thinner crosses also appearing. 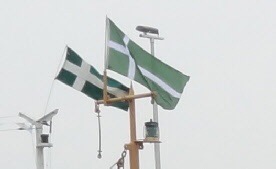 and this is the form of the registered design. An official ‘unveiling’ expected to be held in summer 2018, never materialised .

The flag flies across the island 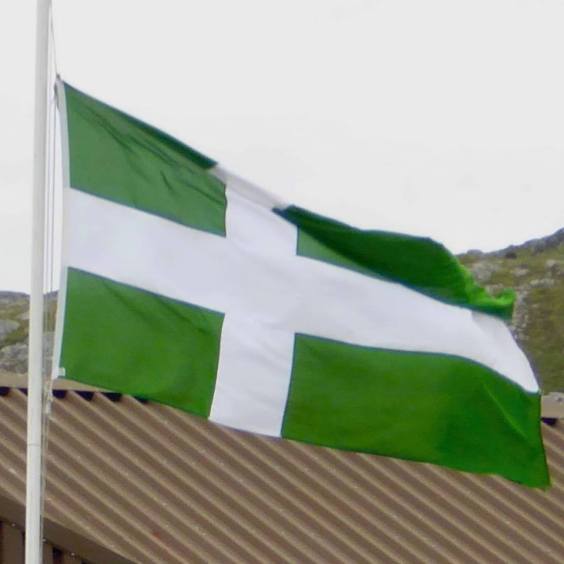 , can be seen on local vehicles 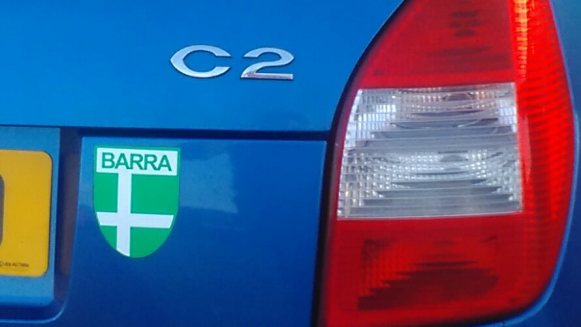 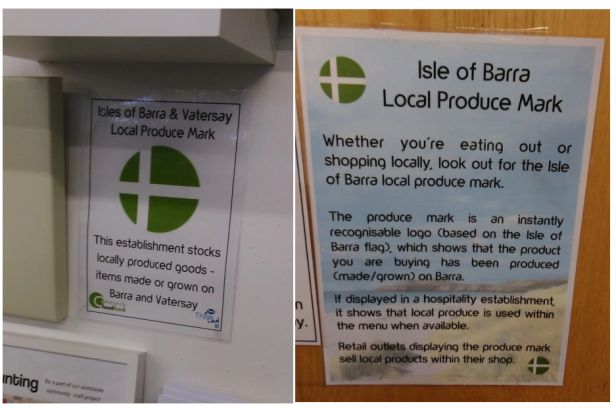 and is seen here 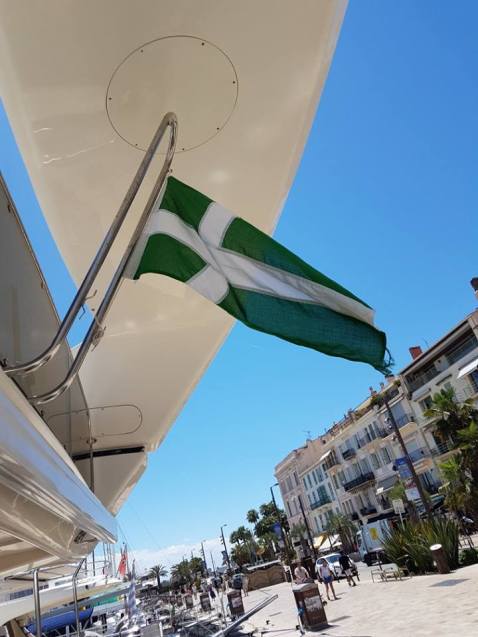 on a vessel far from home!

Upon registration Northbay Community Councillor Dolina Manford commented, “I am very happy to see that the Barra flag has now received official recognition from the Lord Lyon. It has been a long process but now the green and white Nordic cross that has been used in Barra for a number of years is officially registered at the Lord Lyon.” 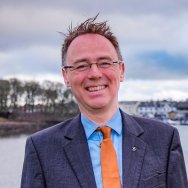 declared, “I am delighted that Barra’s flag now has legal recognition and protection. When I originally held an exploratory meeting on this subject it was felt that recognition of the flag would help to boost the island’s marketing efforts as well as celebrate its unique identity. I would like to thank Dolina for her efforts in driving this forward and I look forward to seeing some of the benefits this will bring.” 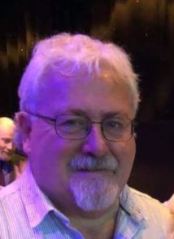 of Voluntary Action Barra and Vatersay also reacted to the registration, “We were very pleased to able to support the aspirations of our community and community councils. The flag also endorses our unique sense of identity, heritage and culture. We look forward to it flying high over the many events taking place in the coming years.”

of the Flag Institute stated that “It is wonderful to see the Barra flag achieve official recognition with the Lyon Court, having been used so extensively over the years, joining the likes of Caithness and even the Saltire itself. In this past year Barra has shown the importance that a flag can have for its community – not only as a celebration but also as a symbol to rally around. “As such it has been both an honour and humbling to have assisted Barra since I was first invited to the island last year. I am sure it will serve as a brilliant example to the many other communities thinking of developing their own flag to promote their own identity and the patchwork of national heritage.” 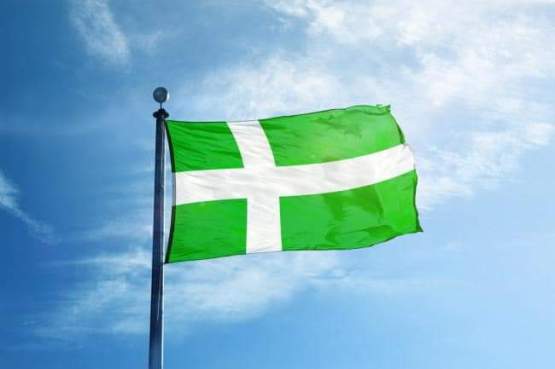 In addition to this distinct island flag, a flag to represent the entire Outer Hebrides archipelago also exists. 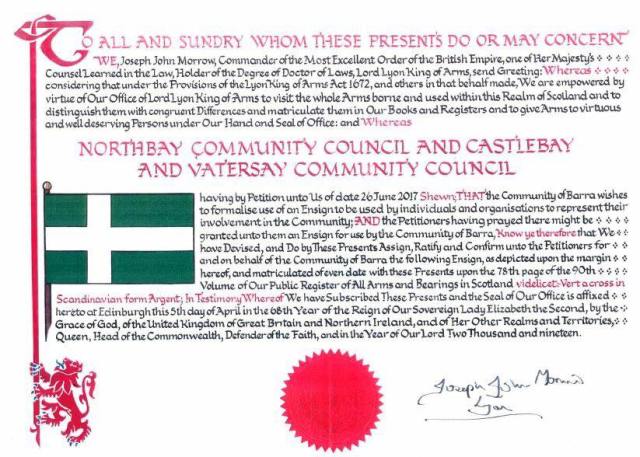