In 2014 member of the Association of British Counties (ABC) Brady Ells, conceived the idea of Historic County Flag Day, as an occasion to celebrate the nation’s historic counties through the flying of flags. The inaugural “County Flags Day” was Wednesday, 23rd July, 2014, chosen because it was the anniversary of the creation of the flag of Devon in 2002, which started the momentum of the modern concept of a county flag. The notion was embraced by ABC, The Flag Institute and government, as detailed here.

Two years later, seeking further methods to promote the occasion and encourage the flying of county flags to celebrate our counties, fellow ABC member Jason Saber approached the Parliamentary Flags and Heraldry Committee with a novel suggestion, inspired by annual displays around Westminster.

Each year, the second Monday in March is recognised as “Commonwealth Day” and marked by the flying, on Parliament Square, Westminster, next to the Houses of Parliament, of the flags of member states. 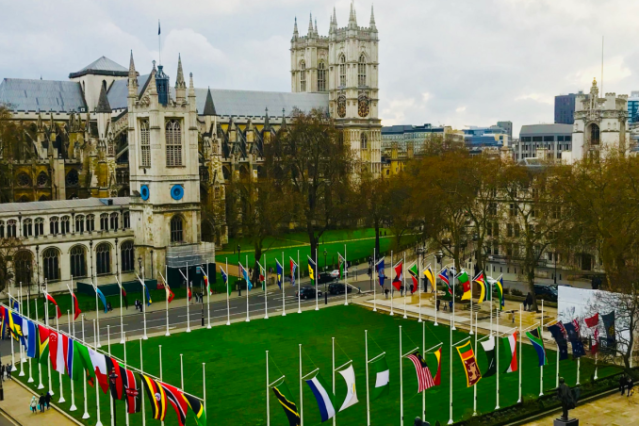 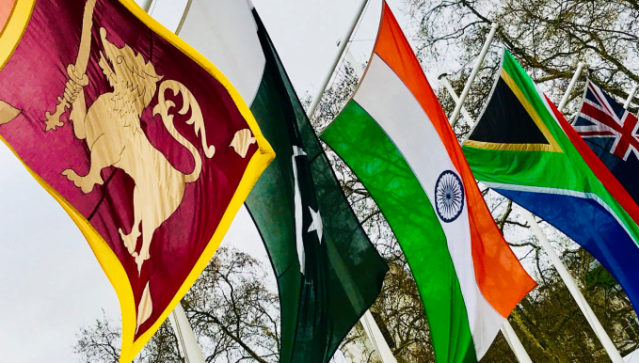 In recent years a similar display has been made

of the flags of the Crown Dependencies

Jason suggested therefore that with these precedents in mind, Parliament could similarly arrange to celebrate our counties with a display of county flags on Parliament Square, in the same manner that the parliamentary complex of the Binnenhof, at The Hague, the Dutch capital, is decorated with a permanent display of Dutch provincial flags With these impressive precedents and comparisons, it seemed only appropriate that British county flags might be presented each year, on July 23rd, Historic County Flags Day. As the Commonwealth is celebrated each year with a grand and colourful display of the flags of member states, so should the flags of such counties as Huntingdonshire

be presented at the heart of government, in the nation’s capital, to celebrate our wonderful, ancient shires and the national heritage they constitute.

In late December 2018, government minister Jake Berry ordered his civil servants in the Ministry of Housing, Communities and Local Government to draft new guidance for English local authorities, on promoting their traditional county links and ordered the fresh guidance to assist councils in how they can “boost community pride and tourism”. He declared that councils should put up signs to indicate where historic municipal boundaries lay, to encourage families to find out more about their history and, that they should fly county flags! In consequence of this policy initiative, the minister was contacted afresh with the suggestion that county flags be arrayed at Westminster to celebrate Historic County Flags Day each July 23rd, resulting in an announcement in The Sunday Telegraph of June 30th 2019

that this suggestion would be put into effect.

On July 23rd 2019 and for several days following, the public was treated to a magnificent display of our county flags, exactly as had been originally envisaged 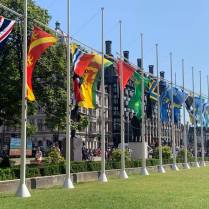 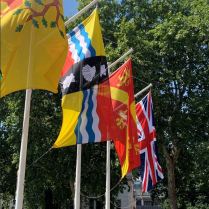 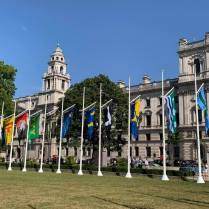 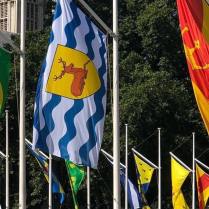 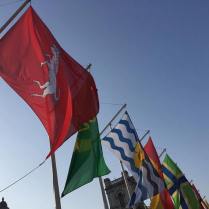 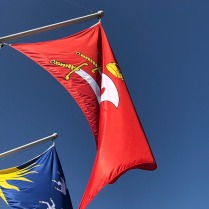 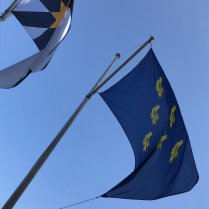 whilst a number of MPs, including Jake Berry 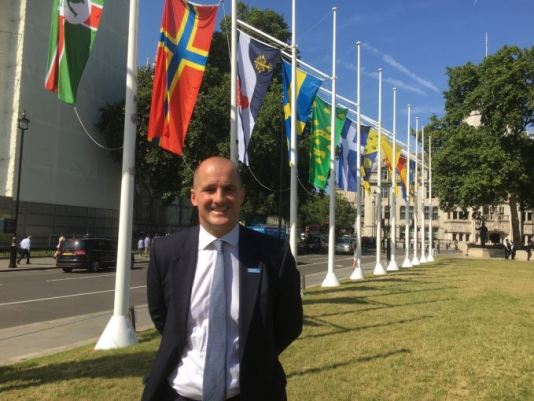 took the opportunity to celebrate their respective counties 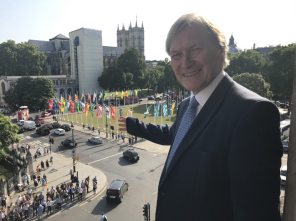 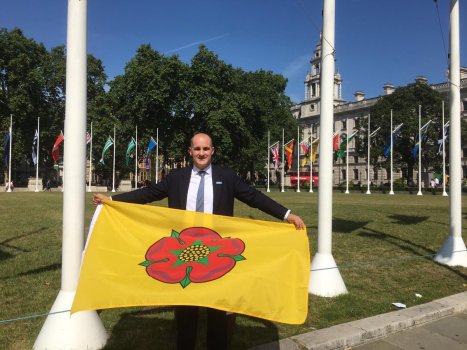