A Flag For Ross (Ross-shire)

An initiative to establish a county flag for Ross-shire has begun with a Facebook page. Amongst potential charges that might be considered for inclusion on a county flag are the three white rampant lions on red, 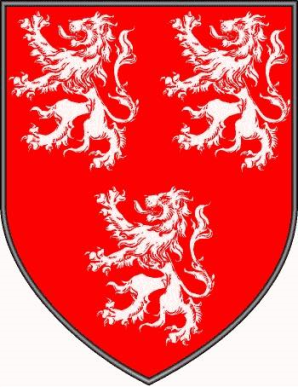 which are the arms of the Earldom of Ross and a stag’s head, the regimental emblem of the locally based, Seaforth Highlanders

which also appears on the badge of Ross County football club

This trio of white lions were later incorporated into the arms of the county council as a chief, the top section of the shield, arranged on a horizontal axis. 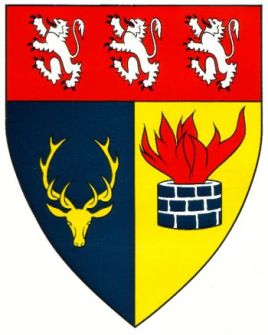 and were again present on the arms of the later district council.

Such a pattern has potential as a flag for the county.

Ross is closely linked with the county of Cromartyshire, which is essentially formed from a series of exclaves lying within its territory, as, depicted below in red, with Ross in blue,

The stag is also much used in the local heraldry there and a logical arrangement is for these two closely entwined and adjacent territories to adopt similar stag bearing flags in distinct colours, as presented at the Cromartyshire page.