The inaugural Norfolk Day was on July 27th 2018. A joint initiative of the Eastern Daily Press and BBC Radio Norfolk.

intended as an occasion “to celebrate everything that’s wonderful about the county”. There was an enthusiastic build up to the event 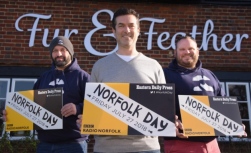 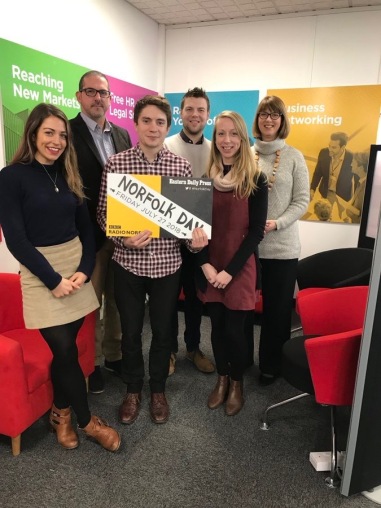 and the county flag was seen on local television,

heralding a report on the forthcoming celebration and in anticipation of the day the staff at Whitelodge Care Home Norwich, created this fabulous Norfolk Flag cake!

The flag was much in evidence on the day, at the showground of the Royal Norfolk Show;

over the John Lewis store in Norwich 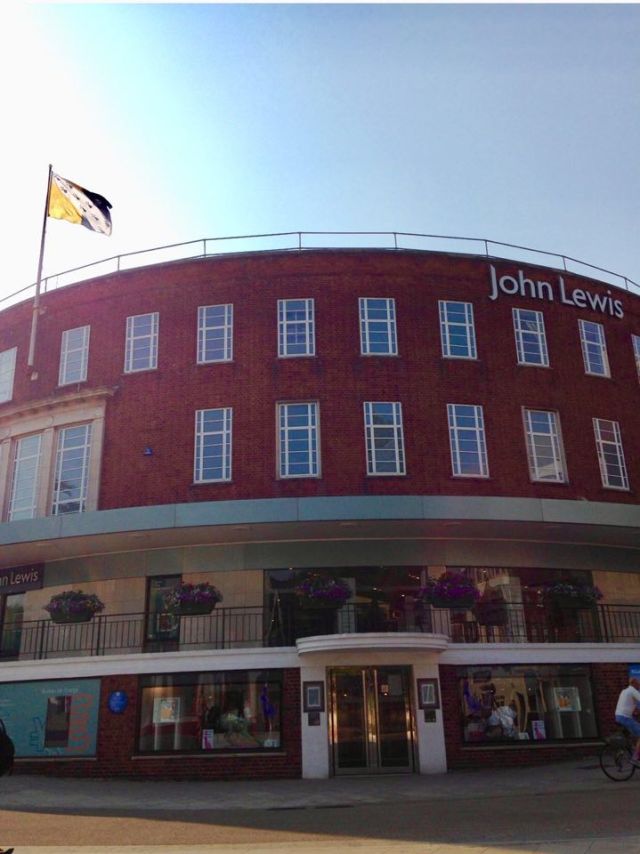 and a vessel on the Broads; 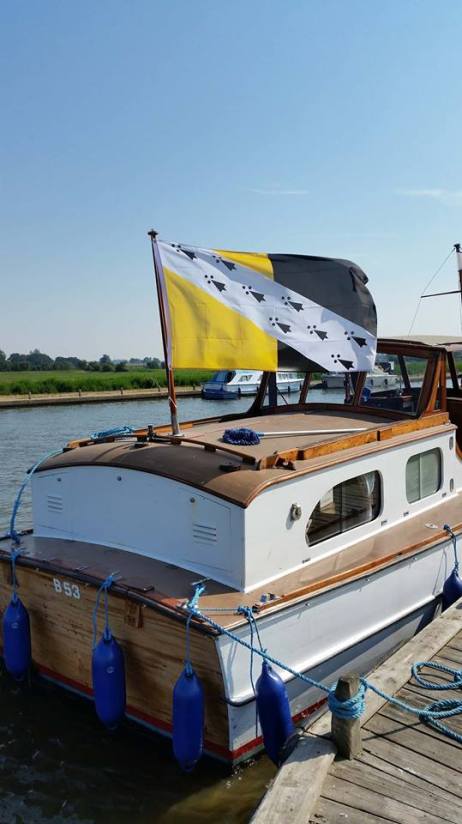 and at a caravan park in Great Yarmouth. 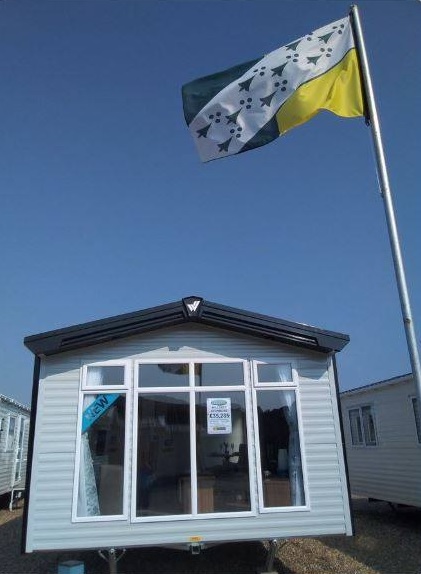 and at a picturesque spot in the county. 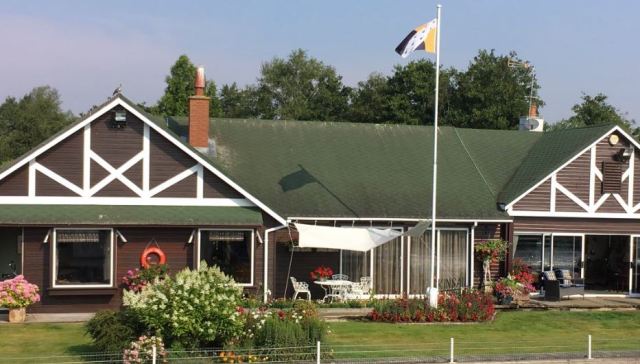 A splendid evocation of arguably Norfolk’s most famous son, Horatio Nelson, alongside the county flag was also presented! 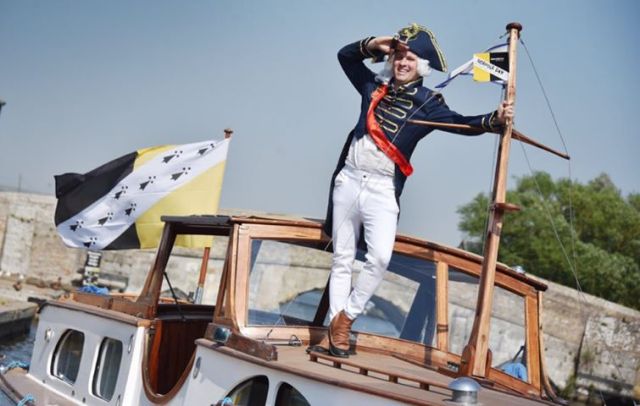 It was raised by the Breckland Town Council;

and fluttered over the church tower in South Reps 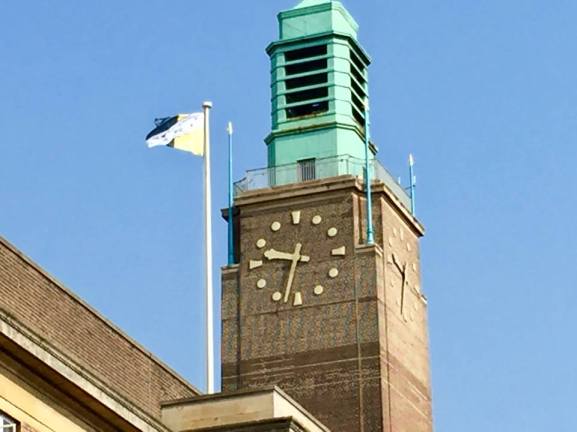 in a  Swaffham High Street 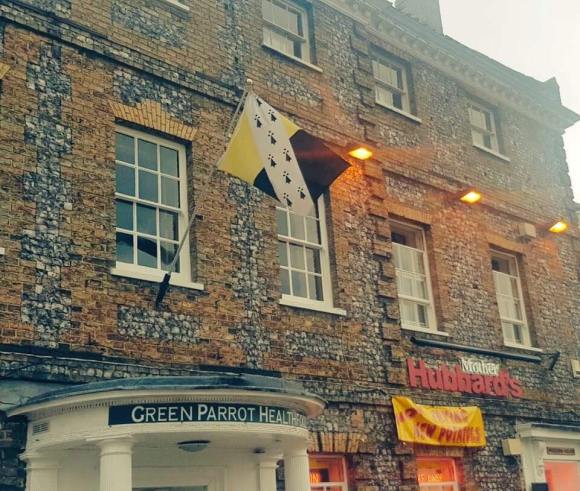 and in splendid abundance at Potter Heigham!

The flag was also flying in Australia!

Another significant day for the county and one on which to raise the county flag with pride, is May 30th, the feast day of Saint Walstan, a celebrated local saint. Walstan is believed to have been born in Bawburgh in Norfolk. He was born into a wealthy family connected with the royal house of East Anglia, at the age of twelve he forsook his wealthy background to follow a life of evangelical poverty and became a farm worker for thirty three years. He had a reputation for piety and generosity, giving away food and clothing and often going barefoot. Walstan died whilst scything a meadow 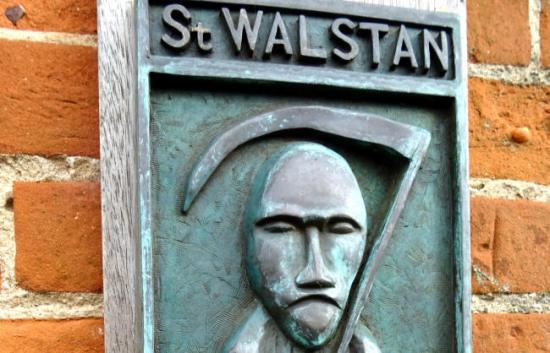 Because of his life dedicated to farming and the care of farm animals, he is also the patron saint of farms, farmers, farmhands, ranchers and husbandrymen.

There are many links and associations between Walstan and Norfolk. Many communities throughout the county, celebrate St. Walstan’s feast day and on the 1,000th anniversary of his death, in 2016, various ceremonies were held to mark the occasion, including gatherings at the site of his shrine in Bawburgh,

a performance staged at Bawburgh Church

to celebrate his life and a service led by the bishops of Norwich and East Anglia. 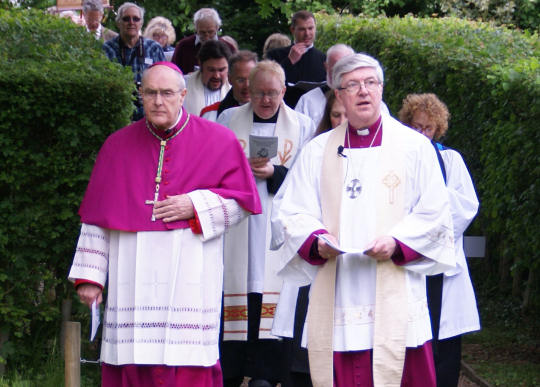 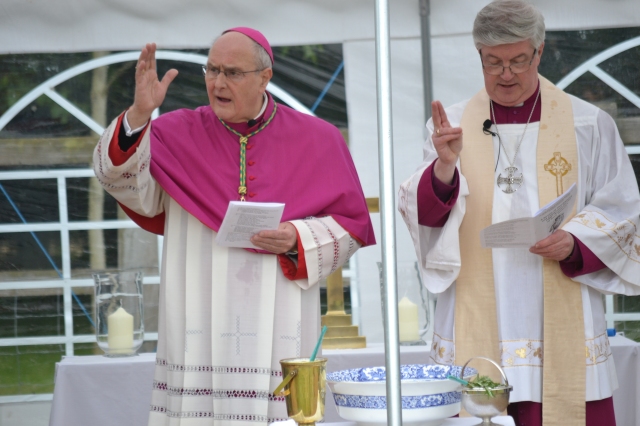 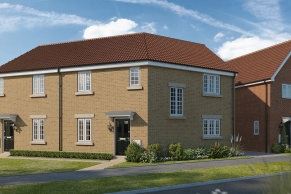 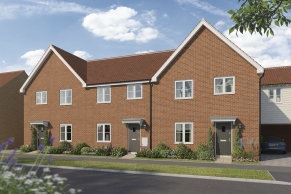