A Flag For Montgomeryshire

used by the the Mathrafal dynsasty of the kingdom of Powys, later Powys Wenwynwyn or Powys Cyfeiliog, which features a red lion rampant against a gold field.

Before the formal award of arms to the former Montgomeryshire County Council, the body made use of the arms of the old kingdom of Powys as reported in the 1894 Book of Public Arms by Arthur Fox Davies

, the Mathrafal lion was retained as the one of the charges on the tripartite shield. 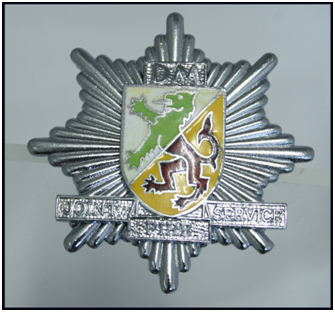 the lower half being a red lion on gold, to represent Montgomeryshire. 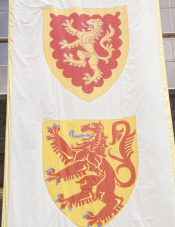 of locally celebrated seventh century hero, Brochwel Ysgithrog, famed for his resistance to the invading Saxons. is an alternative suggestion for adoption as the Montgomeryshire county flag. In the mediaeval period a coat of arms was created for him bearing three white horse heads on a black field, which are said to represent the severed heads of Saxon white horses, symbolising his victory over the Saxons at Chester in 564 A.D. The arms borne by the local county council in the twentieth century, seen above, included a black and white border as a reference to Brochwel’s arms.

Despite its anciently attributed origins however, there is no long attested record of this emblem being used to represent the county – the reference is more oblique.

The red Mathrafal lion on gold, featured on the cover

of the publication “The Montgomeryshire Collections” produced by the organisation “The Powysland Club”, based in Welshpool, in the county. The above cover appeared on a 1978 edition. However, interestingly, by 1993 the emblem used by the organisation and appearing on the journal, was changed to incorporate Brochwel’s three horse heads

, attesting to the age old local heritage of both sets of arms.

This is the fifth proposed lion flag for a Welsh county, with “distinctiveness” being one of the recognised traits of an effective flag, a surfeit of lions will nullify the effectiveness of any one of them; people will likely be hard pressed to distinguish them! On this particular basis of being that bit more distinct, whilst still retaining an obvious linkage with the county, the three white horse heads appear to be a more viable option as the county flag of Montgomeryshire. However, if local sentiment favours the ancient armorial banner of the Mathrafal dynasty, then this will outweigh such considerations. 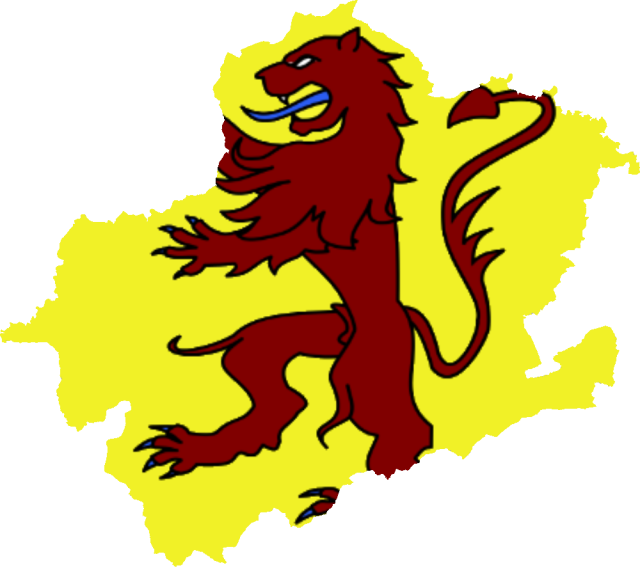 With thanks to Brady Ells for his research in this account.