The flag of Kirkcudbrightshire is the fourth Scottish county flag; it was registered as the result of consultation with the county’s Lord Lieutenant, Sir Malcolm Ross, 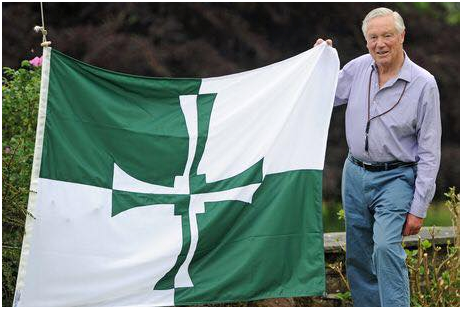 from late 2015, by the Flag Institute’s Philip Tibbetts. 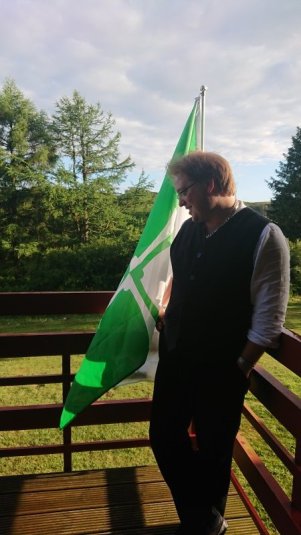 who created the flag. The proposed design was embraced by the county official, who subsequently petitioned Scotland’s highest heraldic authority, the Lord Lyon, for its registration and it was formally unveiled on Saturday, June 11th and duly added to the Flag Registry.

The county town of Kirkcudbright was named for the saint, Cuthbert. An early rendition of the name of the town was Kilcudbrit, derived from the Scots Gaelic “Cille Chuithbeirt” (Chapel of Cuthbert). The Anglo-Saxon saint’s remains were kept here for seven years between exhumation at Lindisfarne and re-interment at Chester-le-Street. A pectoral cross

was found on the saint’s body when his tomb was opened in the nineteenth century. Now on display in Durham Cathedral where he was eventually buried, it is depicted on both the flag of County Durham

and the flag of Kirkcudbrightshire.

which featured chequered band of green and white to recall the checked tablecloth used by the Stewards of the Lords of Galloway when collecting taxes and other dues. The colours of the flag are accordingly the distinct green and white of the “Stewartry of Kirkcudbright”, counterchanged to reflect the green and white checks.

Upon the announcement of the new flag, Sir Malcolm Ross commented that “The only other county to receive this honour in recent times is Caithness. “Arrangements will be made shortly so that anyone interested can obtain a Stewartry flag.”

Vice Lord Lieutenant Alexander McCulloch donated one of the new flags flown on June 11th and it was soon seen across the county;

on the clock tower in Gatehouse of Fleet 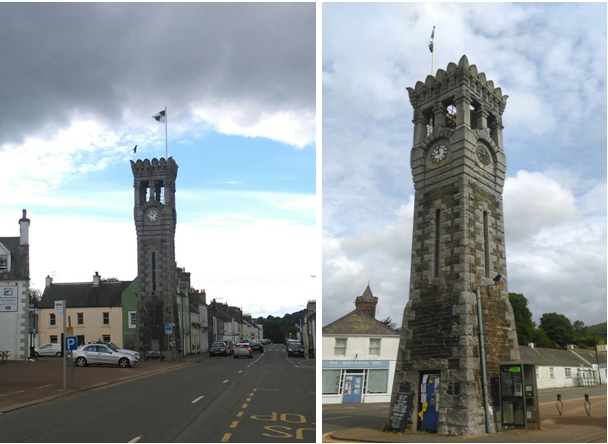 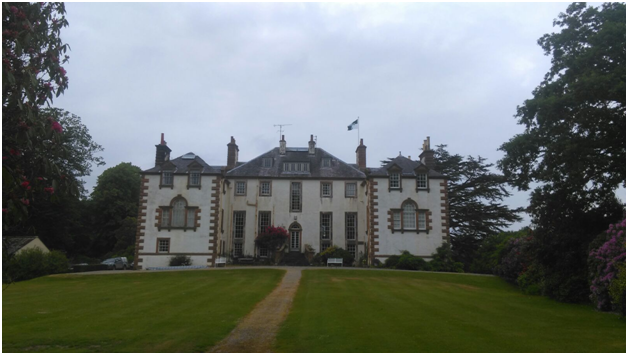 The flag was the raised around the county at;

Kirriereoch in the Glentrool Forest; 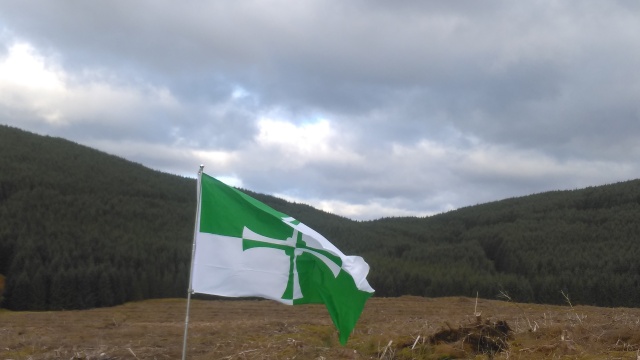 at Balmae near the Ross headland across Kirkcudbright Bay;

and at Arnimean on the edge of Glentrool Forest

An interesting deployment of the flag is as a decorative element on these trainers! 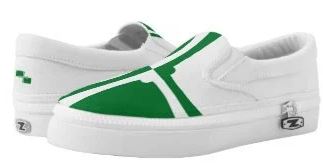 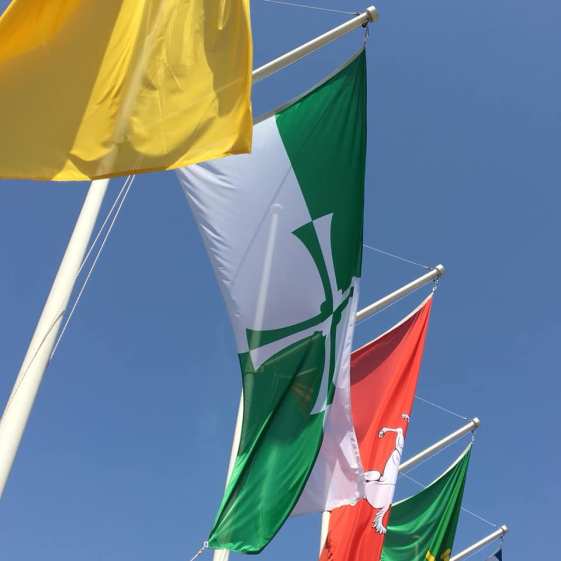 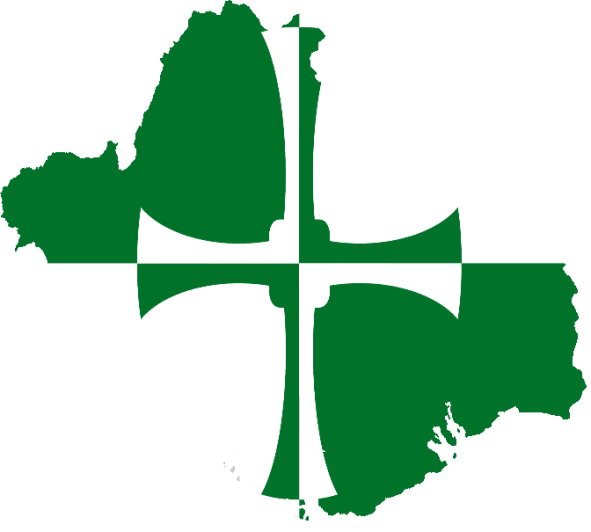