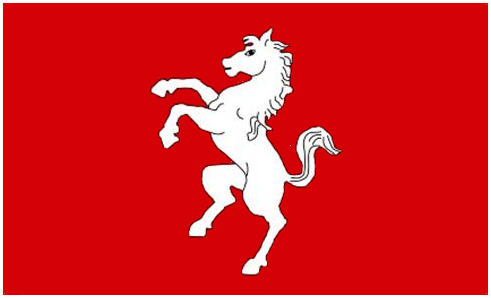 The county day of Kent is May 26th, the feast day of Saint Augustine 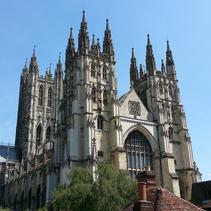 A founder of the English Church, considered the “Apostle to the English” and acknowledged as the patron saint of Kent, he landed on the Isle of Thanet

in 597. He proceeded to  Canterbury, the main town of the Kingdom of Kent, where he was received cautiously by its king, Æthelberht 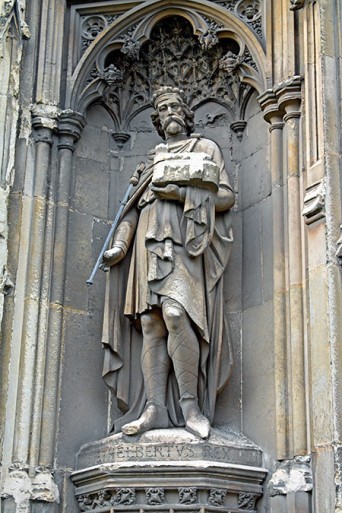 The King allowed the Roman missionaries to preach freely, giving them land to found a monastery outside the city walls. Augustine was consecrated as a bishop and converted many of the King’s subjects within a year, including thousands during a mass baptism on Christmas Day in 597. Æthelberht himself was duly baptised; by 601, Pope Gregory was writing to Æthelberht calling him his son and referring to his baptism

Roman bishops were established at London and Rochester in 604, and a school was founded to train Anglo-Saxon priests and missionaries. The church in England was built upon these early foundations. Augustine died on May 26th, now remembered as his feast day and was soon revered as a saint but the precise year of his death, between 604 and 609, is uncertain. He was buried at what is now called St Augustine’s Abbey

in Canterbury. The date was added to its calendar of flag flying days, by the Flag Institute, in acknowledgement of Augustine’s status as the county’s patron saint and the significant role he had in both the county’s and the nation’s early history.