The county day of Bedfordshire is November 28th, the birthday of celebrated local son John Bunyan,

preacher and author. This date topped a poll held by the Friends of Bedfordshire Society to decide the county day and was announced as the winner in February 2015.

Bunyan was born in the village of Elstow 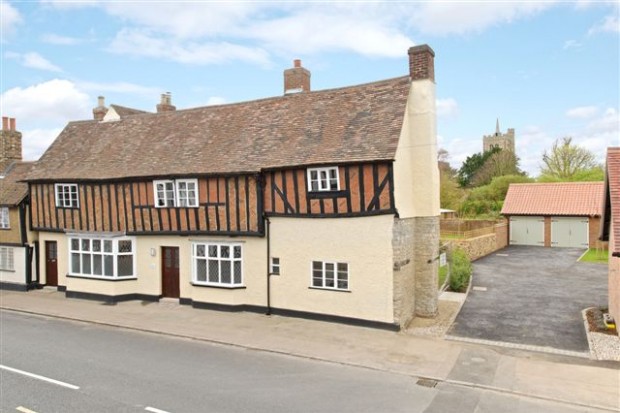 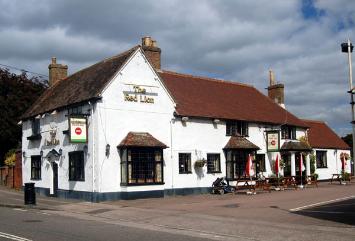 near Bedford, in 1628. At the age of sixteen he joined the Parliamentary Army during the first stage of the English Civil War, returning to his home village after three years to become a tinker, a trade he had learnt from his father. Following his marriage he developed an interest in religion, attending the parish church and then joining the “nonconformist” Bedford Meeting and becoming a preacher. Upon the restoration of the monarchy in 1660, the freedom of nonconformists was restricted and he spent twelve years in gaol 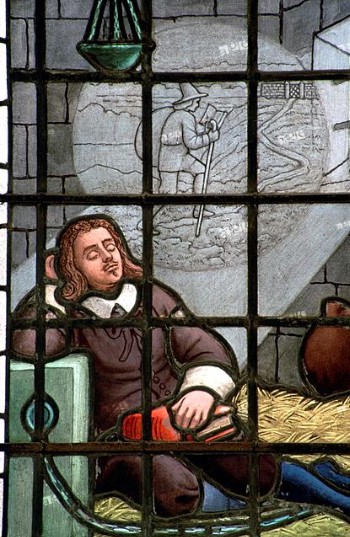 for refusing to stop preaching. During this time he began work on his most famous book, The Pilgrim’s Progress

Although he endured another shorter term of imprisonment, his later years were spent in relative comfort as a popular author and preacher, and pastor of the Bedford Meeting. He died aged 59 after falling ill on a journey to London and is buried in Bunhill Fields, Islington. His “The Pilgrim’s Progress”

became one of the most published books in the English language; 1,300 editions having been printed by 1938, 250 years after the author’s death.

Since its inaugural celebration in 2015, the occasion has attracted a deal of recognition and observance. In 2015 the Bedfordshire villages, Eaton Socon and Eaton Ford, which lie adjacent to Huntingdonshire across the Great River Ouse, issued special commemorative passports bearing the flags of Bedfordshire and Huntingdonshire!

,by the Eaton Community Association, for people passing over the Willow Bridge

which connects the two counties 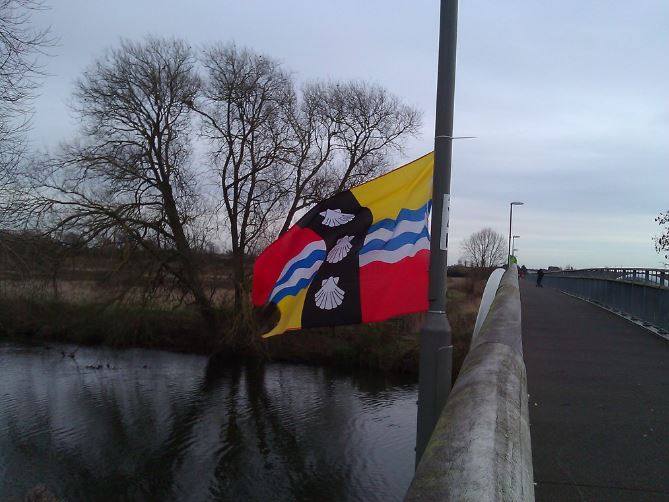 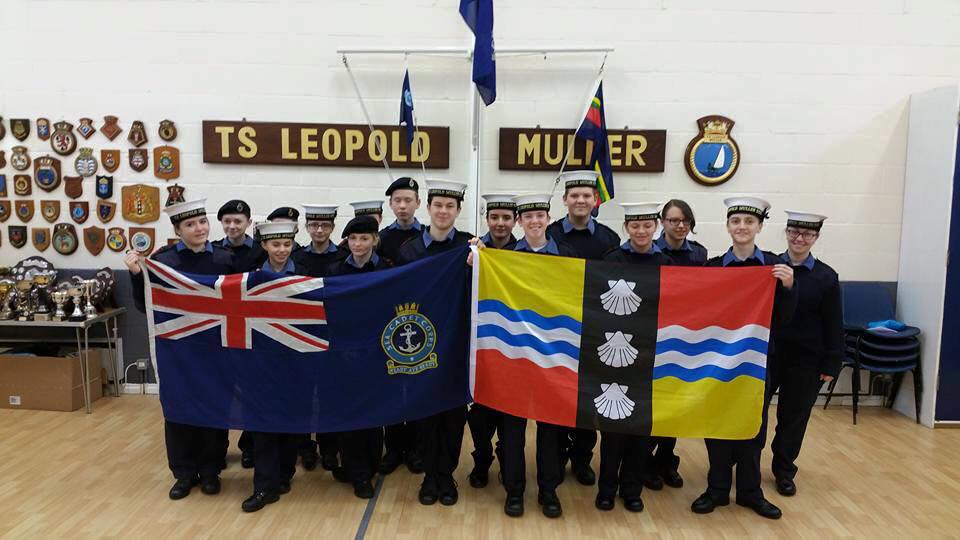 and it has appeared consistently 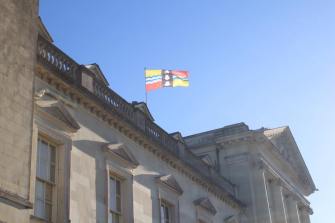 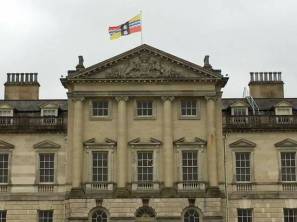 over Woburn Abbey, in the county. 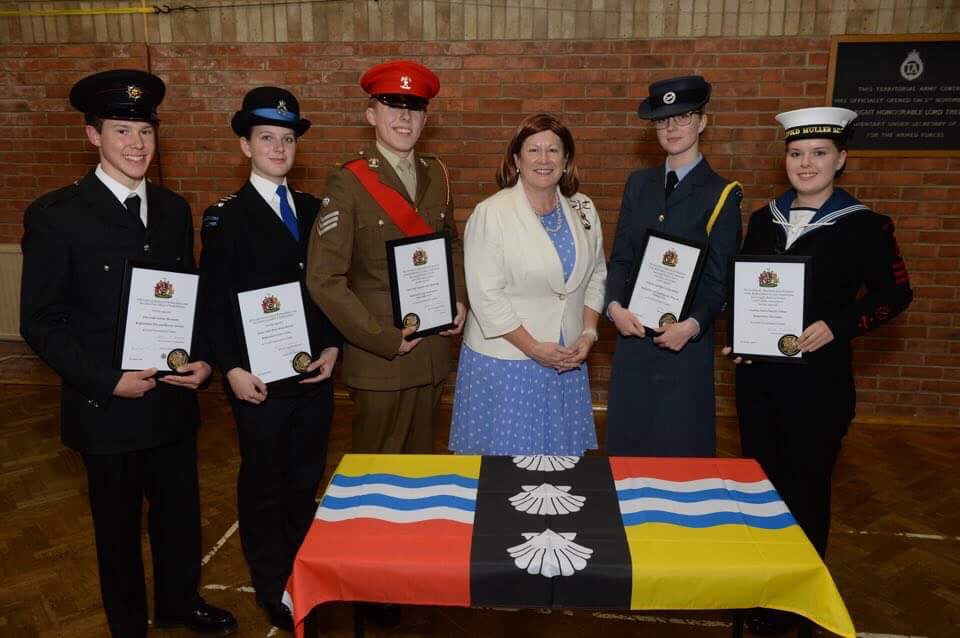 we see the flag with Mayor Of Bedford Dave Hodgson, right, on Bedfordshire Day 2019.