The 7th century King and Saint, Oswald, founded the kingdom of Northumbria by merging his domain of Bernicia with its southern neighbour Deira. The Venerable Bede, England’s first historian, writing in his “Historia Ecclesiastica Gentis Anglorum” describes Oswald’s tomb where “…they hung up over the monument his banner made of gold and purple;” It is probable that this description caused the mediaeval heralds to assign arms of eight alternate stripes of red and gold (yellow) to Bernicia. It is reported that in the Middle Ages the same colours were flown by the first Earl of Northumberland, Henry Percy.

Notably, in his 1611 atlas of Great Britain, famed cartographer John Speed included a map of the Anglo-Saxon heptarchy. 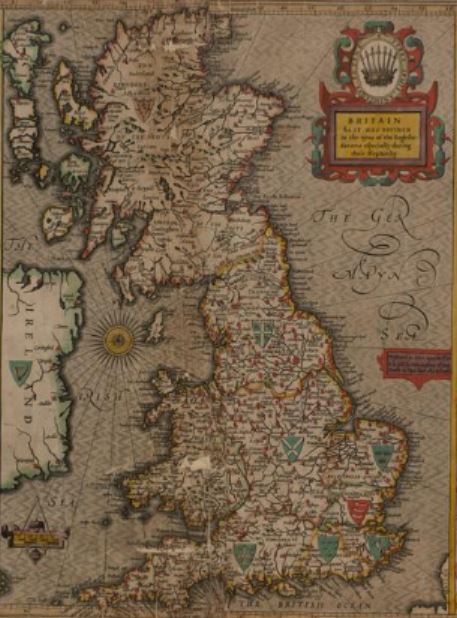 which included shields bearing arms for the seven kingdoms. However, ironically, given its long standing attestation, the striped device of Bernica which one might have expected to see is not shown, instead the cross and lions 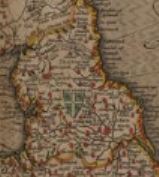 from the See of Durham, is there. However, in the 1623 reprint of his 1611 work, “History Of Great Britaine”, Speed does include the striped emblem of Bernicia, alongside a lion for Deira (see also, the County Durham page), in quasi flag or banner form. 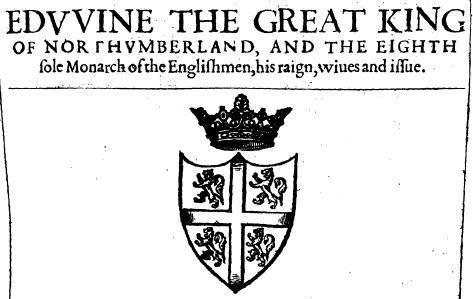 The bands featured unequivocally however, half a century later, as the emblem of the Kingdom of Northumberland in “Divi Britannici”

by Sir Winston Churchill (direct ancestor of the famous twentieth century one), published in 1675. The firm association of the red and yellow bands with the locality, was demonstrated by their 1930s usage by the scout organisation of Northumberland, 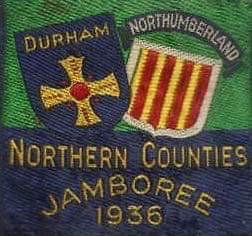 a county which formed much of the territory of the dark age kingdom of Northumbria. Accordingly, the county council of Northumberland was awarded arms in 1951 which included a striped pattern of red and yellow bars – this in turn led to the registration of the Northumberland county flag.

In 2015 the Flag Institute additionally registered the originally reported banner of King Oswald, as the flag of the greater region and former kingdom of Northumbria. The shade used in the registered flag is carmine red, a tone between the purple of Bede’s era and the red stripes used by Henry Percy. 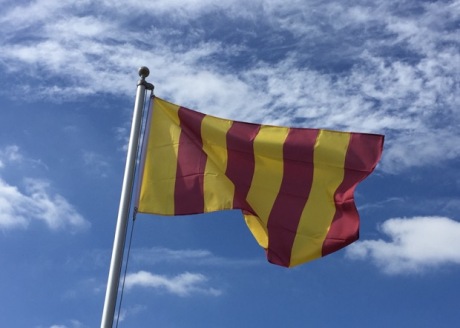 It has flown alongside the flag of Northumberland

at the Glastonbury music festival