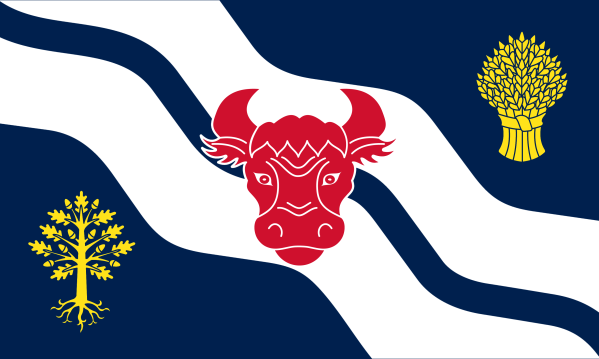 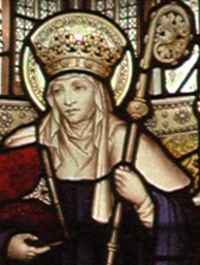 Her Saxon name means “Peace-Strong” or “Bond of Peace”. She lived in the 8th century and was said to have been the daughter of a leader or king, of the area around Oxford named Didan and that she swore to celibacy. Legend holds that one “Algar”, King of Leicester, sent envoys to bring Frideswide back, to be his bride 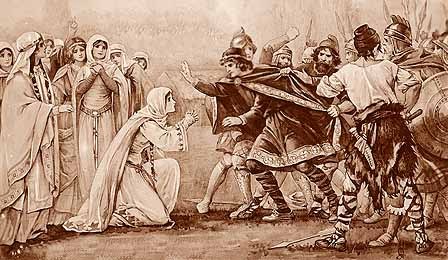 but she refused to renounce her vows, and when they tried to carry her off, they were struck blind. They repented and their sight was restored but they returned empty handed to King Algar. The king then set out to seize her by force, himself but an angel warned her to flee, which she did, going upstream on the Thames. Arriving at the gates of Oxford, Algar was also blinded but being unremorseful, never regained his sight!

Frideswide is then said to have performed miracles and healed the sick, enabling the blind to see. After three years she returned to Oxford, again by boat, and lived in a monastery founded by her father, until her death on October 19th, 727. One account states that she went into hiding at Bampton, and the other that she did so at Binsey, where today people leave flowers, and pilgrims with eye ailments came to bathe their eyes, hoping for a cure and ‘barren women’ prayed to conceive. She may have stayed at both sites.

The original monastery is thought to have been where Christ Church now stands in Oxford. In the 1980’s archaeologists found evidence of a graveyard there dating back to the late 7th century. Tradition has it that this is where St. Frideswide was buried, and in 1180 the prior of the (by then Augustinian) monastery had her bones disinterred, and laid with great ceremony in a reliquary which was displayed in a shrine to which pilgrims flocked, hoping for miracles. A later shrine (1289) was broken up during the Reformation in the 1530’s, but many pieces from it have been found over the past hundred years or so, and it has been reconstructed in Christ Church Cathedral. It stands in the Latin Chapel, in front of a wonderfully detailed stained glass window 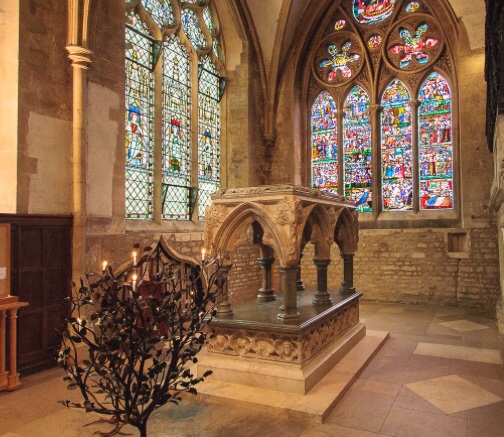 telling the story of her life, designed by Edward Burne-Jones, the Pre-Raphaelite artist, in the 1850’s.

As for her bones, they were dug up in the reign of Mary Tudor, and kept in two silk bags. A few years later, when the Protestants were again in the ascendant, and the veneration of saints severely discouraged, St. Frideswide’s relics were deliberately mixed up with the bones of another woman who had been buried only recently in the Cathedral, and they were re-interred together in “the upper part of the church towards the east”. This is where her shrine is now located, but a little to the south of it, in the Lady Chapel, there is also a dark paving stone in the floor carved simply with the name Frideswide, and it is here that the anniversary of her death is commemorated on October 19th each year.

The flag was raised on Oxfordshire Day, 2019, by Thame Town Council 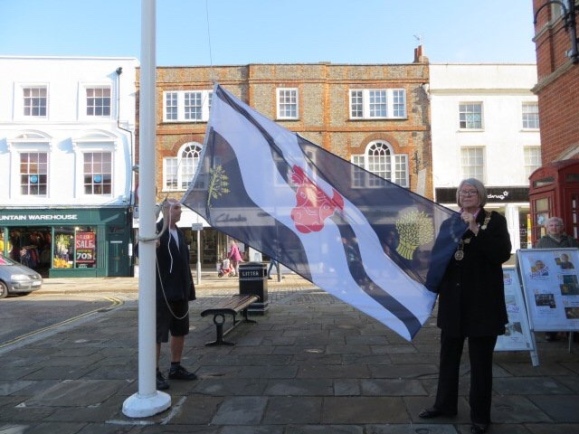 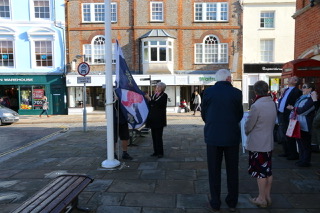 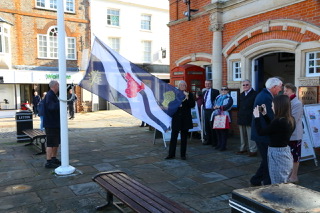 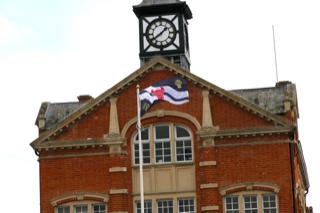 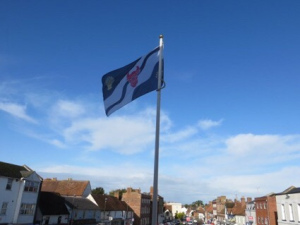 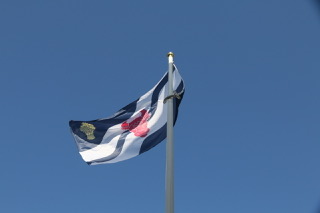 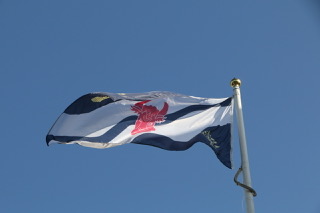 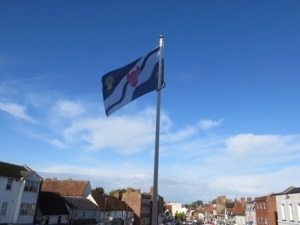