A Flag For Stirlingshire

Philip Tibbetts’s proposal for this county features a wavy red and white field, a reference to arms anciently used in the locality of Mentieth

which now forms part of the county. Blue and white wavy stripes are a traditional heraldic representation of a water course and here recall the importance of the region’s waters. Additionally this is a reference to the county’s reputation, because of its aquatic geography, of dividing the nation and having to be bridged – hence the strategic importance of the town of Stirling, something of a bridge to the north. A sense of this importance may be gauged from this mediaeval map of Scotland

The north of Scotland is shown almost as an island and labelled as SCOCIA ULTRA MARINA (Scotland beyond the sea), it’s linked to the rest of Britain by the narrow thread of Stirling Bridge. 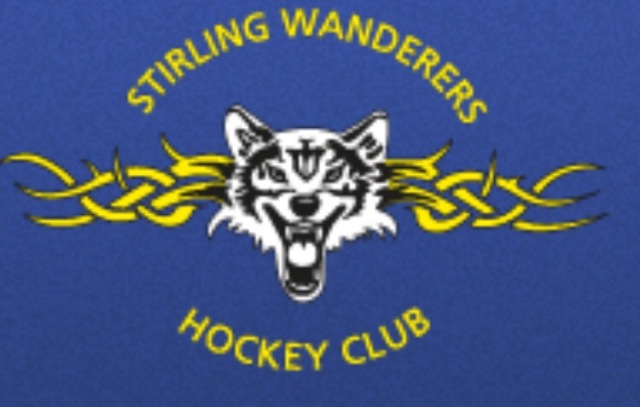 Of special note is a brewery based in the county, named for the acknowledged Stirlingshire insignia

whose produce features the wolf on its labels 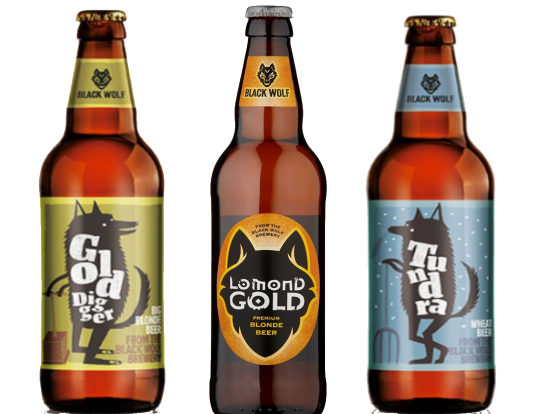 A splendid wolf is also found on this Stirlingshire Constabulary badge

Additionally, a wolf has appeared on seals used by the county town of Stirling 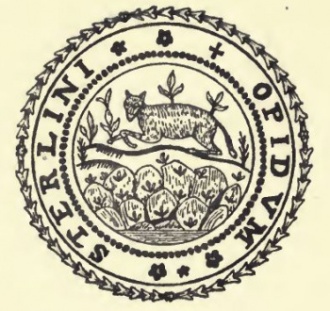 and one is further found on this commemorative medal.

The wolf’s appearance in these various local insignia recalls a legend that a wolf prevented a Viking attack by howling and waking the locals.

is coloured red, white and black in recognition of the use of these colours by the aforementioned sports teams. 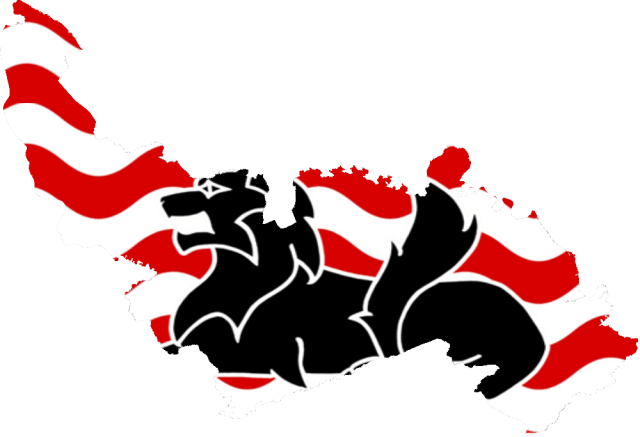