A Flag For Denbighshire 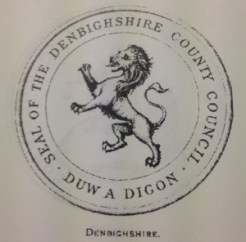 In 1962 the same rampant lion, black in colour, was included in the formal arms granted to the council 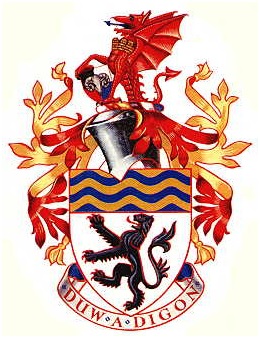 Whilst several sources have suggested that the lion derives from the arms of Henry de Lacy, Earl of Lincoln, who built Denbigh Castle, it should be considered that the castle was constructed as an instrument of suppression of the local population and it would therefore be rather peculiar for the council’s arms to celebrate this aspect of the locality’s history. Additionally the De Lacy arms were unequivocally acknowledged as being yellow with a rather unusual, distinctly purple lion.

More likely is that the lion recalls the arms, a black lion rampant on a white field,

assigned to the mediaeval Welsh kingdom of Powys Fadog which included swathes of modern day Denbighshire. The same lion appeared on the badge of the former Denbighshire Constabulary

Whilst this body was itself abolished in 1996 two local groups established in the time of its existence also use the black lion in their insignia; Clwyd-Denbigh Federation of Womans’ Institutes 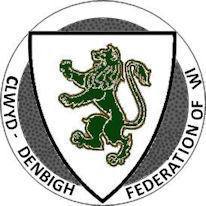 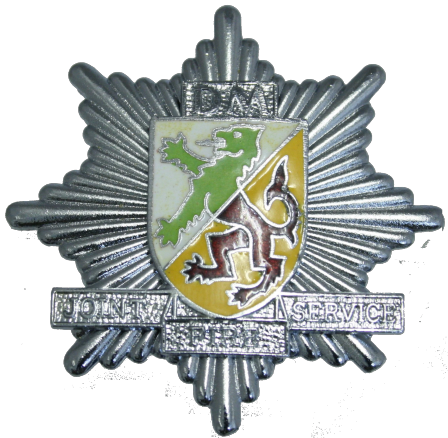 Whilst in this illustration the upper half of the lion appears to be green, the context makes it clear that this was intended to be the black lion on white of Powys Fadog, to represent Denbighshire, whilst the lower half being a red lion on gold represents Montgomeryshire. 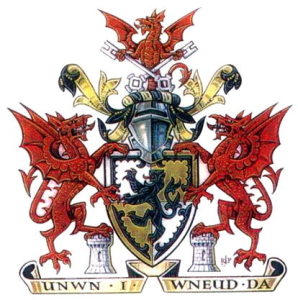 Accordingly the armorial banner based on this design, which has been a persistent and widely used county emblem, has been suggested as a likely flag for the county. It can be purchased here.

Another design is associated with Denbighshire. In the 13th century a younger brother of the House of Powys succeeded to the throne ahead of an older one and upon his accession amended the arms to include a field of red and white stripes

An equally viable contender for the flag of Denbighshire, similarly derived from the insignia of Powys Fadog, is thus the armorial banner of this second set of arms used there, with the black rampant lion on a red and white striped field

which certainly makes a more visibly effective flag than the all white version, which would inevitably be frequently indiscernible against cloudy skies.

This flag has flown at the Saith Seren pub Wrexham

Thanks to Brady Ells and Philip Tibbetts for their contributions to this account.

The Denbighshire flag is available to buy here.