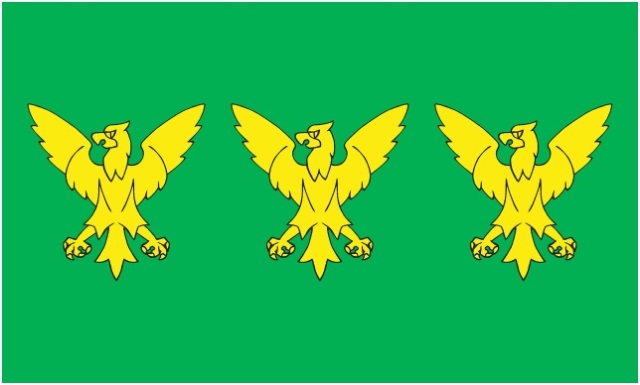 The flag of Caernarfonshire was registered in March 2012 following extensive research into its history by the Association of British Counties. Whilst the link between the emblem of three golden eagles on a green field and the county of Caernarfonshire is seemingly ancient, the loss of the county’s status as an administrative entity and the disappearance of the county constabulary, appeared to have resulted in the loss of recognition of its “three eagles” emblem. The imposition of new administrations with novel insignia meant there were few instances where the three eagles symbol might continue to be used and so remain familiar with the local populace. However, the eagles were more real than apparent as they were still to be found amongst older county based organisations, attesting to their status as the legitimate option for deployment as the county flag.

of the 12th century king, Owain Gwynedd, king of the erstwhile kingdom of Gwynedd. Born before the heraldic era, these were nonetheless anachronistically assigned to the king in typical mediaeval practice. Michael Powell Siddons in his work ‘The Development of Welsh Heraldry’ finds the earliest reference to the arms to be in the late fifteenth century work of the bard Gutun Owain with the earliest full description of the arms appearing in the manuscript of Thomas ap Llywelyn ab Ithel circa 1562. However the emblem seems to be one of some antiquity.

The heart of Caernarfonshire, around Mount Snowdon, is known in Welsh as ‘Eryri’ meaning ‘land or nest of eagles’. The noble raptors that dwelt in these high peaks came to be regarded as emblematic, local folklore even holding that if they were flying high it signalled a Welsh success but if they circled too low this presaged a defeat! Given the awe that these creatures inspire it is unsurprising that references are heard to “ The eagle of fervent warriors…” in court elegies describing Owain Gwynedd. As lord of the “land of eagles” the symbolism of the arms is obvious, the association based on both reality and the desirable attributes conveyed by such powerful imagery. Aside from the endemic avian population that might have inspired such depictions it might also be considered that there was a significant Roman presence in the locality, Segontium Fort, located in modern day Caernarfon town, was constructed in 77 AD. Roman usage of eagle symbols 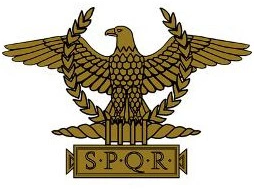 may have been a considerable factor in the formation of local traditions, that flourished in the age of heraldry. The emblem plausibly came to evoke both the land and its rulers. To continue the speculation further, one possible inspiration for the specific depiction of three eagles, in the arms of Owain Gywnedd, may possibly be the “Eagle Tower”

of Caernarfon Castle, completed in 1284, which has three turrets, each of which was topped by a stone eagle.

for Wynn of Gwydir, descendants of Maredudd from sixty years later which also includes the eagles.

Significantly, it seems that Caernarfonshire had established a definite association with the emblem of the three eagles by the seventeenth century. Poet Michael Drayton wrote of troops from the county in his celebrated 1627 “Battle of Agincourt” poem,

“Those of Caernarfon not the least in speed,…Three golden Eagles in their Ensigne brought”.

and this reference had been preceded some seventeen years earlier by the notable inclusion of the eagles on John Speed’s 1610/11 map of Caernarfonshire, where they feature in an inset representation of the county town, Caernarfon 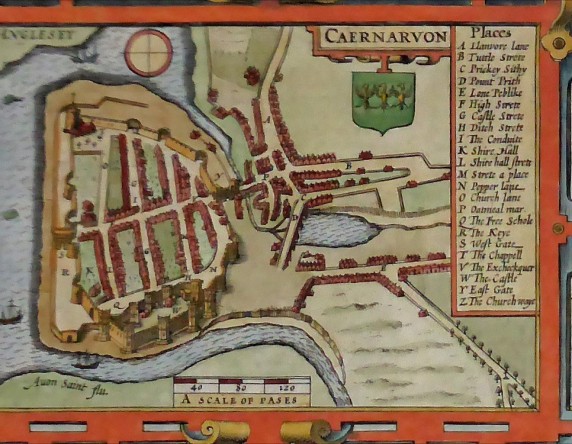 The three eagles are seen again on Thomas Conder’s 18th Century “British Traveller” map of north Wales, where they are unequivocally designated as “Carnarvonshire”, amidst several emblems. 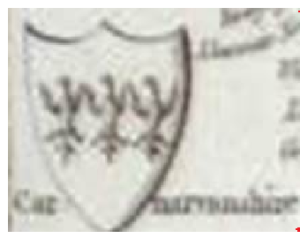 The eagles are also present on this 1873 publication 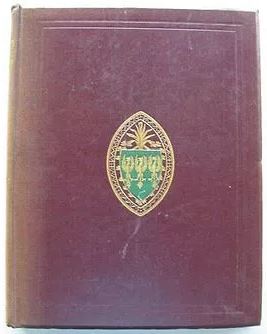 of chronological lists of Lords Lieutenant and other officials in north Wales and are found in Sir Bernard Burke’s 1884 publication, ” The General Armoury…”

In his 1894 work “The Book of Public Arms”Arthur Fox-Davies refers to use of the three eagles emblem by the county town, Caernarfon, which seems borne out by the Speed map. He writes “CARNARVON (Carnarvonshire) has no Armorial bearings. Burke gives “Three eagles displayed in fesse,” and Debrett illustrates Arms as “Vert three eagles displayed in fesse or”….. The arms are of course those of Owen Gwynedd, King of North Wales.”

An illustration of these is included in the 1915 update of this work. 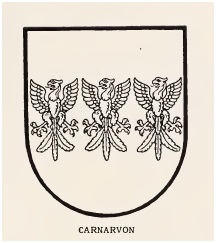 He further reports that Caernarfonshire County Council itself, which had been established in 1889, was also using an informal device for its insignia which markedly includes three eagles depicted around a central shield

These are described by heraldic historian Charles Wilfrid Scott-Giles in his 1933 work, ‘Civic Heraldry of England & Wales’ “About the shield are three eagles with wings outspread, from the arms attributed to Owen, Prince of Gwynedd from 1137 to 1169…”

The former county police force, Caernarfonshire Constabulary, also made use of the Owain Gwynnedd eagles 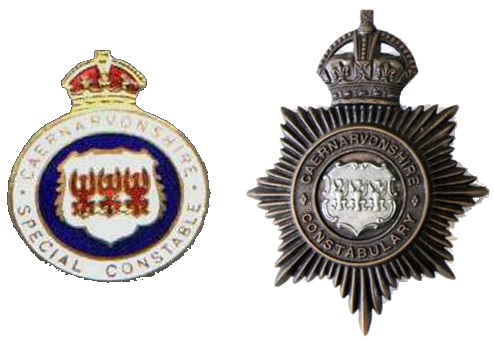 and they appeared on a military flag. In his “History of the Welsh Guards” C. H. Dudley-Ward includes a page of illustrations of company colours; that of number two company features the gold eagles on green at the hoist.

and a decade earlier in his work on county identities ‘The Story of the Shire’, Frederick Hackwood called the three golden eagles of Caernarfonshire an “authentic” and “significant” badge of the county, as well as reciting their association to the Romans of antiquity.

Significantly, the body administering the territory of Caernarfonshire in the twentieth century, preserved some notion of the eagles’ association with the locality in adopting arms

that included a Caernarfonshire eagle for a crest and it subsequently arranged to fly a banner that featured the eagle crest and motto, from its arms 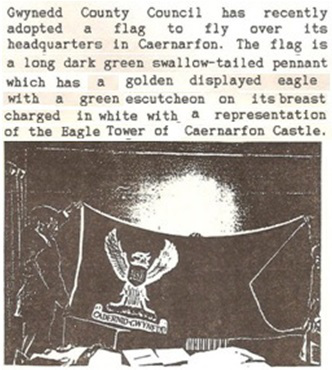 albeit, in contravention of strict heraldic procedure! See here, page 10.

In the modern era the three eagles can still be found on the insignia of a number of county bodies and institutions; they are present on the ceiling of the Shanklin Reading Room at Bangor University, representing the county

and appear on the badge

of the local secondary school, Ysgol Dyffryn Nantlle, in the town of Penygroes,

An old copy of the school magazine dated from December 1968 and significantly entitled Yr Eryr (The Eagle) states that the badge was designed by the school’s art teacher Mr. John Davies and depicts the “Eagles of Snowdonia”. It further informs that the eagles are yellow on a green background, the traditional colour scheme for this emblem.

Three golden eagles on a green shield further adorn the gates of St. Mary’s Church in the town of Caernarfon.

and are found on the insignia of several local sports clubs including; 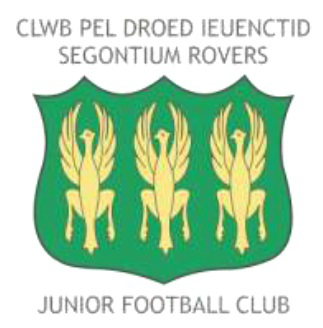 and again, in a stylised form, at the top of the badge of Conwy Golf Club, located on the county’s coast. 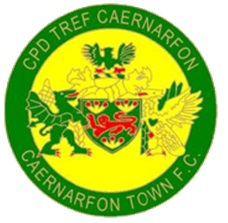 Owain Gwynedd’s arms are also in evidence at battle re-enactments and commemorations. 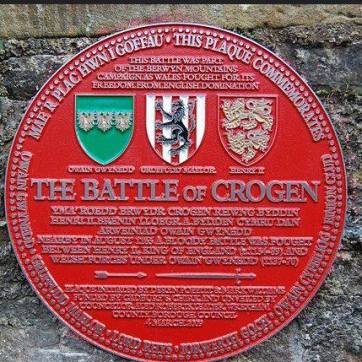 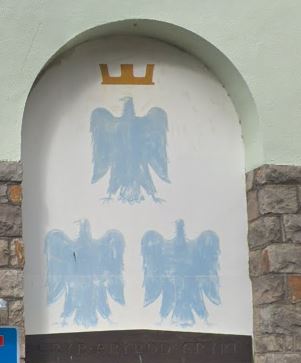 In light of this extensive use of the eagles emblem to represent the county and county organisations and its long historical association with the county, it was determined that there could be no more appropriate symbol for use as the Caernarfonshire flag than the traditional three gold eagles on a green background. A campaign to see this design registered as the Caernarfonshire flag was taken up by local resident Gwyndaf Pari, who campaigned for local support via publicity in the local media. 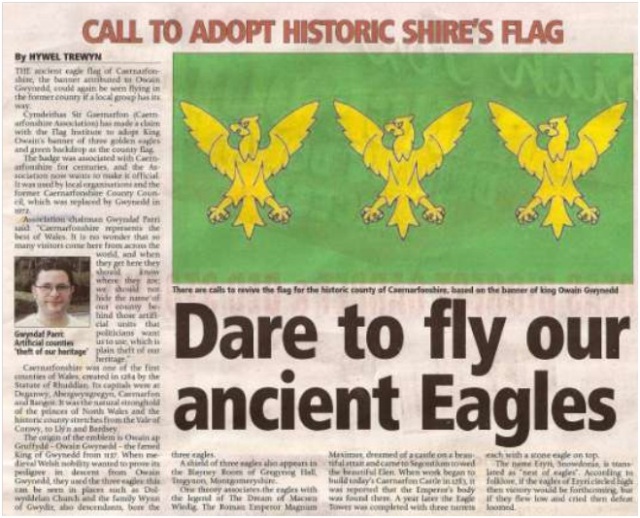 He is seen here at “The Black Boy Inn” Caernarfon, with the flag.

where it was first flown 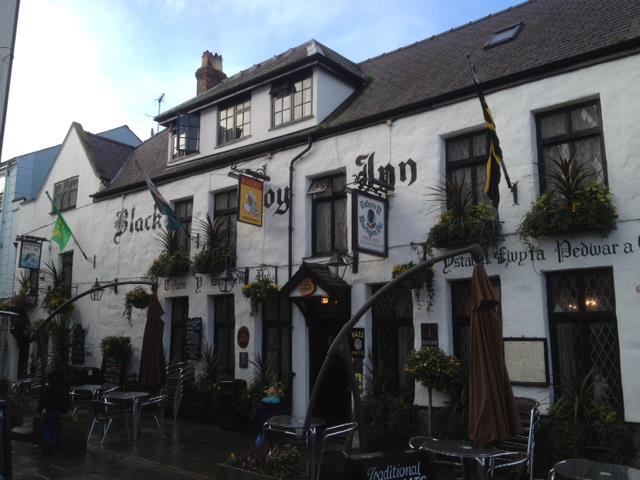 Recognising the undisputed historical and cultural status of the proposed flag, bearing the acknowledged county emblem of three eagles, the Flag Institute consequently registered it as the Caernarfonshire county flag, .

side by side with the national flag, at Caernarfon Town Council headquarters and here 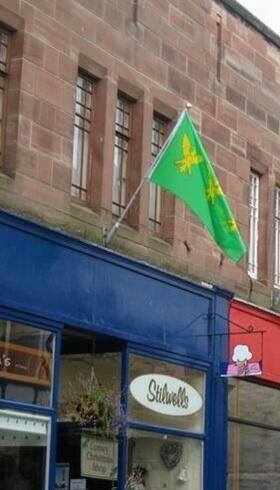 The flag also flew over the 2012 Urdd Eisteddfod 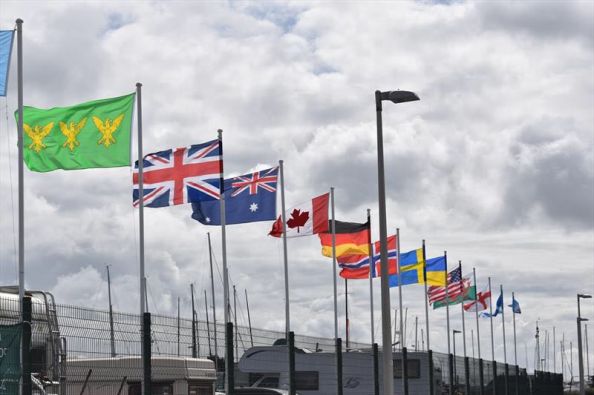 and has been raised at both Criccieth

castles, including on the eagle tower, which may have inspired the original arms and most significantly of all, displayed at the county’s highest point, the summit of Mount Snowdon.

Shortly after registration Anglesey based company Glyndwr.cym produced these 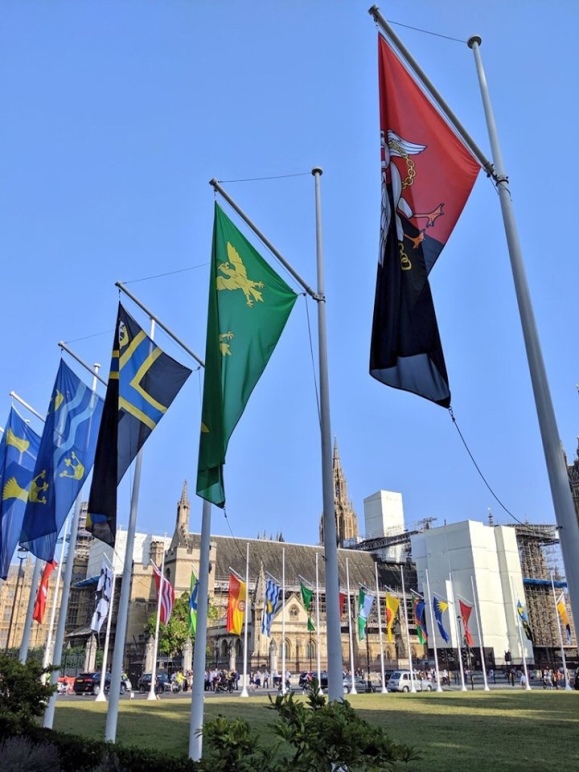 With thanks to Philip Tibbetts for his research on this topic. 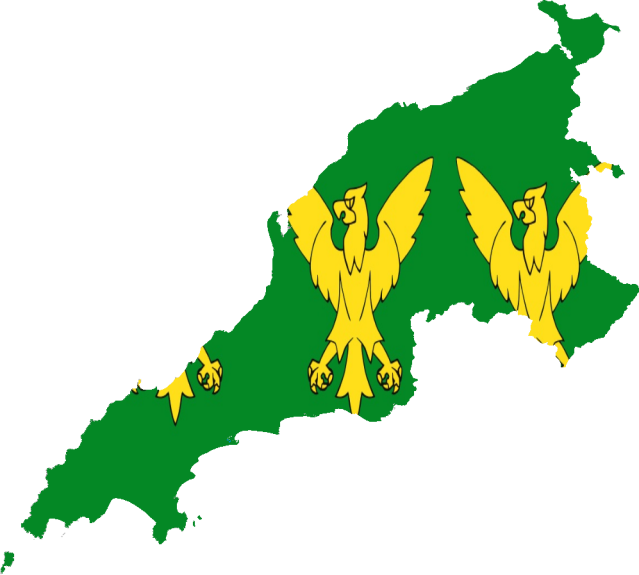