A Flag For Moray(shire) / Elgin 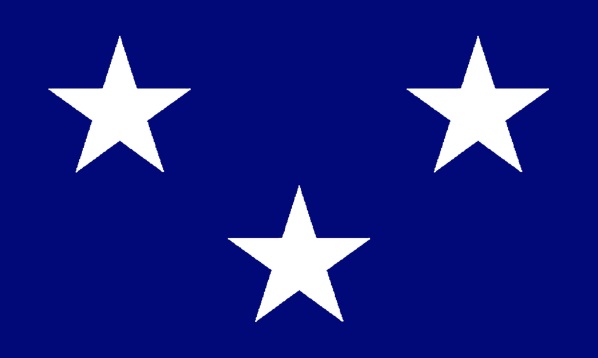 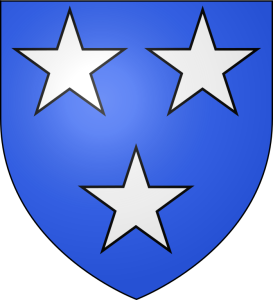 for centuries. This simple pattern was originally borne by the 13th century Andrew de Moray, a local military and political leader during Scotland’s Wars of Independence. The three stars were included in the coat of arms

used by the Moray County Council in light of their long association with the locality. A flag featuring these three white stars on blue is thus a very obvious choice for the basis of any county flag.

One such proposal, from Philip Tibbetts, features the stars  within embowed, entwined serpents.

These symbolise sea snakes and thus the meaning of Moray as ‘settlement by the sea’. The serpents also visually play upon the name of the county by recalling Moray Eels; although these do not actually inhabit the local waters, the local Rugby League Team uses this as a name.