The flag of Anglesey/Ynys Môn was registered on March 7th 2014, following a request for registration by the Ymgyrch Baner Sir Fôn (Anglesey Flag Campaign), headed by island native Gwyndaf Parri who had previously been successful in securing a flag for the neighbouring county of Caernarfonshire. The web based campaign

asserted that the design of three gold lions and a gold chevron on a red background, originally the arms attributed by mediæval heralds, to the locally-celebrated ruler, Hwfa ap Cynddlw

, had an age-old association with and use in, the island, making it the natural choice to be the island’s flag.

The earliest reference to the arms of Hwfa ap Cynddlw appears to be in the work of the fifteenth century bard Lewys Glyn Cothi, who wrote extensively on heraldic subjects. The arms appear as decorative features in the masonry of the mediaeval Llangadwaladr Church

located on the island.

and appear in Sir Bernard Burke’s 1884 publication, ” The General Armoury…”

The Heraldic historian Wilfrid Scott-Giles, later reported in his work “Civic Heraldry of England and Wales”, that the arms had been sufficiently well established as the recognisable county emblem, to be used informally by Anglesey County Council 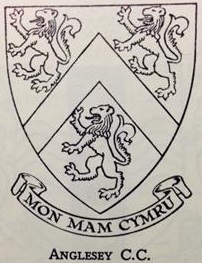 before they were incorporated into the design formally awarded to the body on April 9th 1954.

Between 1857 and 1950 the arms were used by Anglesey Constabulary

and were also used by the local fire brigade 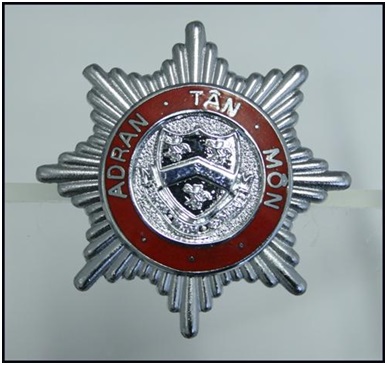 Today they can be seen on the old Anglesey police court in Valley.

encircled by the words “Môn Mam Cymru” (Anglesey Mother of Wales), “Cynghor Sirol Môn” (Anglesey County Council), and the date, 1904; and can be found on the ceiling of the Shankland Reading Room at Bangor University, amidst a number of emblems representing the counties of Wales

Local recognition and association with the Hwfa arms is further demonstrated by their appearance on the sign of the Bold Arms Hotel, in Beaumaris

and commercial availability as a representative badge of the island

Additionally, the proposed flag had become generally used to identify Anglesey, as demonstrated by the following screenshots from two widely differing web pages

In 2012 the proposed Anglesey flag, was displayed on the island county’s summit, “Holyhead Mountain”

and could later be found unfurled in local businesses

and flying in private gardens

In 2013 the flag was displayed on stage by the Anglesey based, Welsh folk dance group, Dawnswyr Bro Cefni, while on tour in Germany

In light of this historic association of the island of Anglesey with the arms of Hwfa ap Cynddelw and their continuing use as a flag, both in the county and elsewhere by county groups, the Anglesey Flag Campaign requested that the proposed design be registered by the Flag Institute, as the flag of Anglesey.

This request was duly acceded to by the Flag Institute with Anglesey becoming the fifth of thirteen Welsh counties to bear a flag.

The version of the flag used before registration was rather different

, the registered version of the Anglesey flag has a marked heraldic appearance, the particularly flamboyant illustrations of the lions for example evidently contrasts with the eagles found on the flag of neighbouring Caernarfonshire. 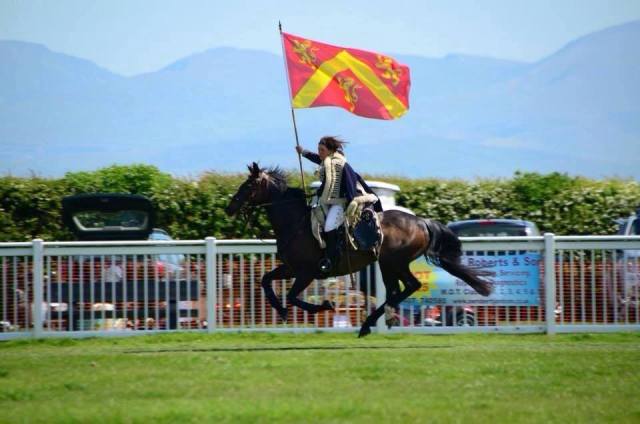 It was soon flown from vehicles and vessels,

and was even the subject of a stamp! 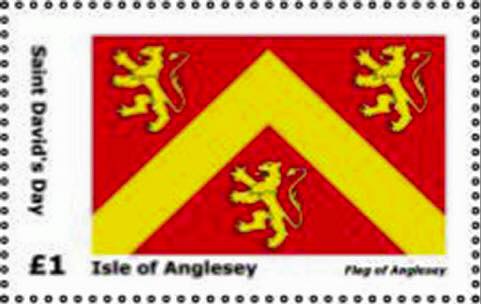 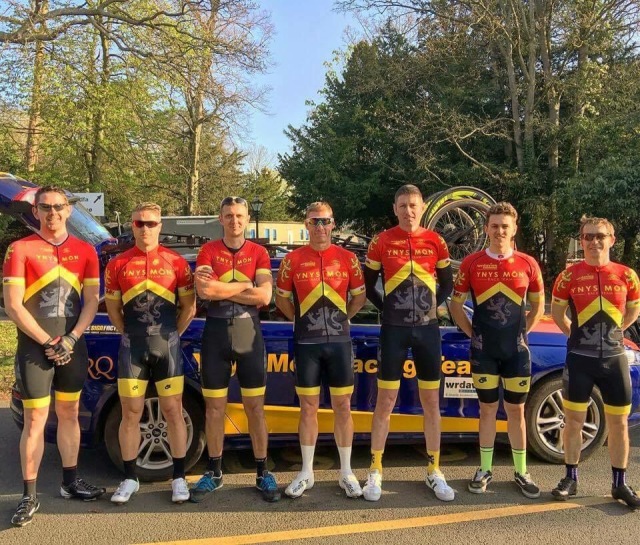 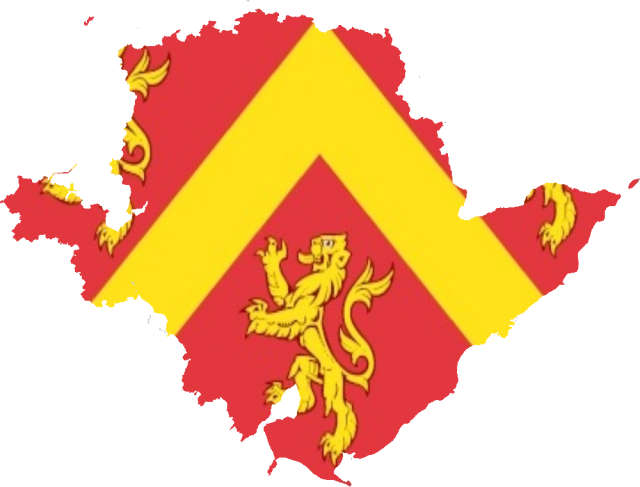