The Cumberland Flag was officially registered  on December 13th 2012, becoming the 26th British county flag. The design is a re-working of the banner of arms of the former Cumberland County Council, granted in 1950.

The pattern symbolises the coastline and famous lakes with the blue and white wavy lines, whilst the green upper half with Grass-of-Parnassus flowers recalls the marshy up-lands and fertile plains of the county.

and in a rather modified form, by Cumberland Football Association 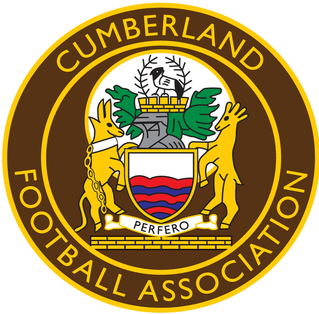 A poorly rendered flag, based on the same design, had been commercially available for some time.

although it was generally misidentified as the flag of the administrative territory of Cumbria. This featured, for example, in an episode of Channel 4’s ‘Grand Designs’ set in the county. 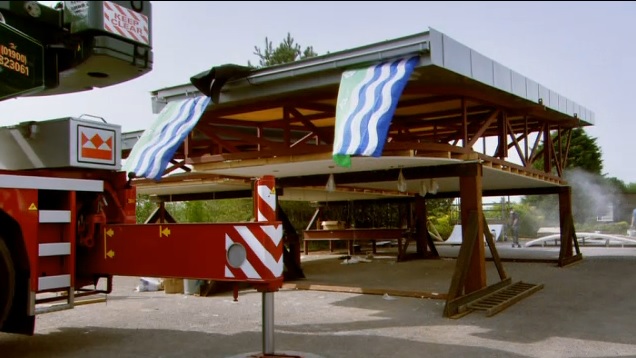 For registration purposes the Flag Institute requested that the waves and Parnassus flowers be restyled to produce a better looking flag, with improved artistry. Vexillographer  (flag designer) Philip Tibbetts, himself based in the county, redrew the Parnassus flowers from images of the actual plant and generally tidied up the arrangement. The colours of the final design were chosen to be the best matches in acceptable flag colours to the former council arms with the green matching that found in the Welsh flag, thus providing an extra element of symbolism as the name Cumberland derives from ‘Cymru-land’, or ‘land of the Welsh’.

Registration of the resulting design was completed after support for the proposed flag was received from the following wide range of local county associations;

Shortly after registration the flag was unfurled at Beacon Edge in the county.

The registration was greeted with enthusiasm by local MP Rory Stewart (seen below, at left, presenting the flag with Philip Tibbetts at right)

who requested one of the first flags to be made and remarked “I think it is absolutely fantastic that the historic county of Cumberland is to have a new flag…A flag is an important symbol of our culture and heritage and it would be great to see the new flag raised all across Cumberland.”

Zoe Gilbert, manager of Wordsworth House and Garden, seen below with the flag

said ” We are really impressed with the dramatic design which represents the county perfectly. This is another great way to bring heritage to life.”

Philip Tibbetts commented “The registration of a flag helps allow any member of public to freely fly it, expressing pride in their regional cultural identity, in-line with the flag flying regulations updated by the department of Communities and Local Government last year. Registration of this design effectively legitimises the many people who already fly the banner of the former Cumberland county Council. It will be great to see the flag around the county and I hope local companies may also adopt it – I can just imagine it adorning Cumberland Sausages in my local butchers!”

Despite the registration of this flag Cumberland is probably the most obvious example in the country of confusion regarding the name and status of the locality. The names Cumberland and Cumbria derive from a common source but the latter was chosen as the name of an administrative territory encompassing several counties. Probably because of the similarity of the names, people often fail to recognise the distinct identity of the true county of Cumberland. An example of this was provided by The Department of Communities and Local Government (DCLG) which announced in 2010 that it would be raising the flags of England’s historic or real counties. Regrettably when it came to Cumberland’s turn the “flag” that was raised was in fact a banner

of Cumbria Council, which flew on November 14th and was in fact described as Cumbria. The name and flag of Cumberland were nowhere to be seen!

Then, in 2013, on February 13th, the same department again raised a flag in celebration of the administrative territory of Cumbria. On this second occasion however, the peculiar thing about the flag raised is that it was a version of the Cumberland flag although as can be seen, considerably different.

This variation of design and name indicates something of an identity crisis, with distinctions between Cumbria and Cumberland appearing to have been eroded.

The same “variation“ is evident in this extract from a forum located on the web in 2012 where the old style flag of Cumberland is shown alongside the modern administration’s banner of arms. 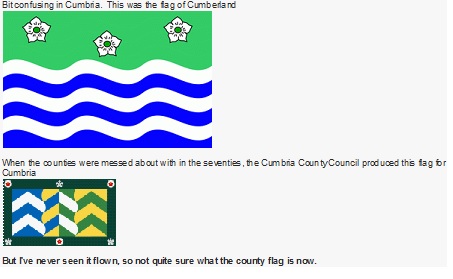 The registration of the flag of Cumberland reaffirms the continued existence of the centuries old county and its residents can now raise the county flag to demonstrate that the county is still there and hopefully clear up the muddle. The county flag is seen flying here over Saint Michael’s Church Workington, March 2013 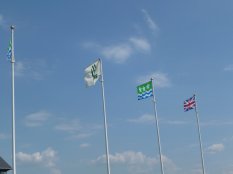 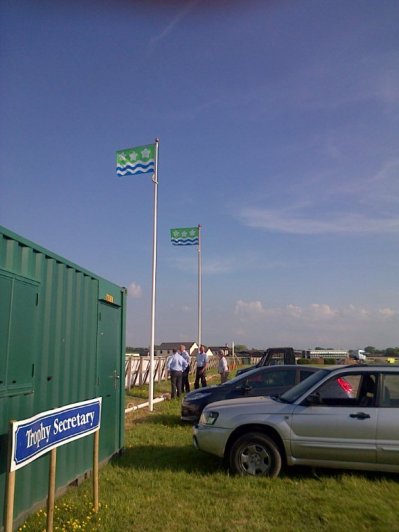 It appeared in abundance on a special occasion 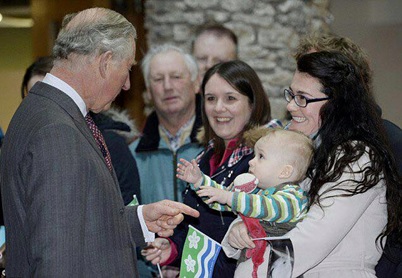 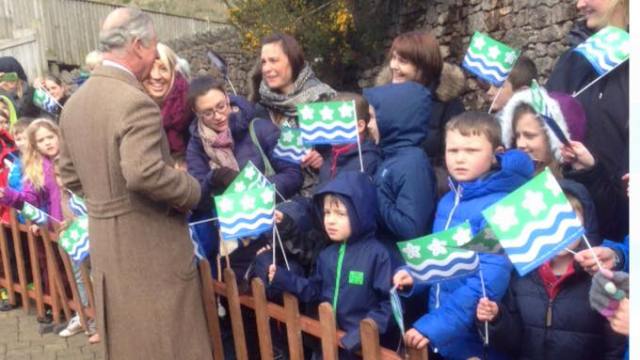 and has been embraced with zeal by the staff of the aforementioned Wordsworth House and Gardens, Cockermouth. 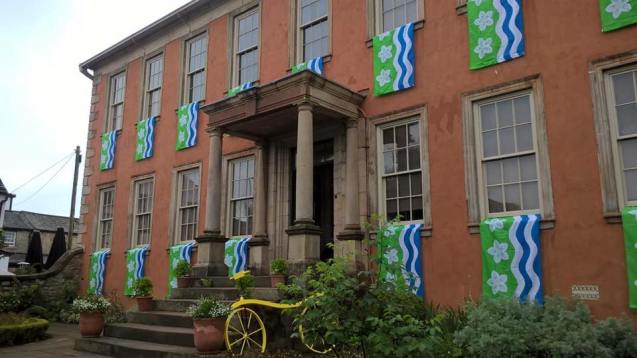 Cumberland’s flag is flown widely around the county, including Penrith; 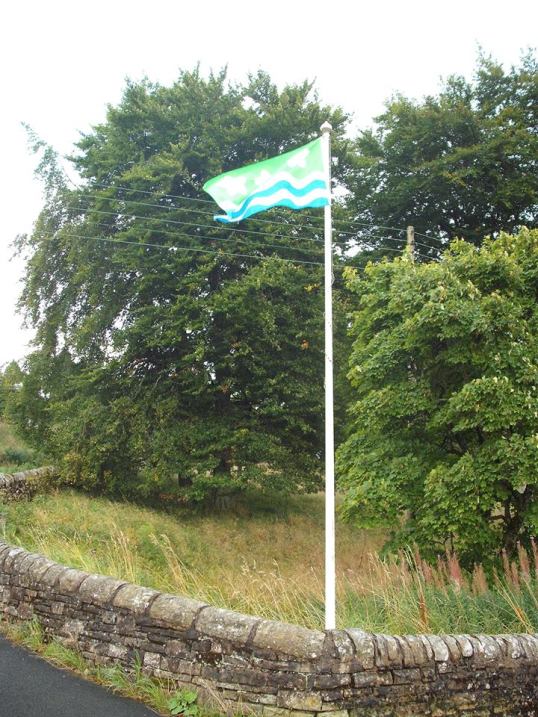 and Millrig Farm on the border with Westmorland

It can also be found in Durdar village 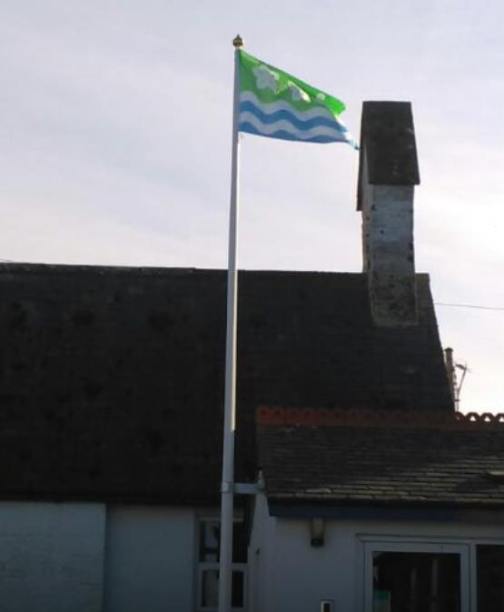 has been raised over Cockermouth Castle 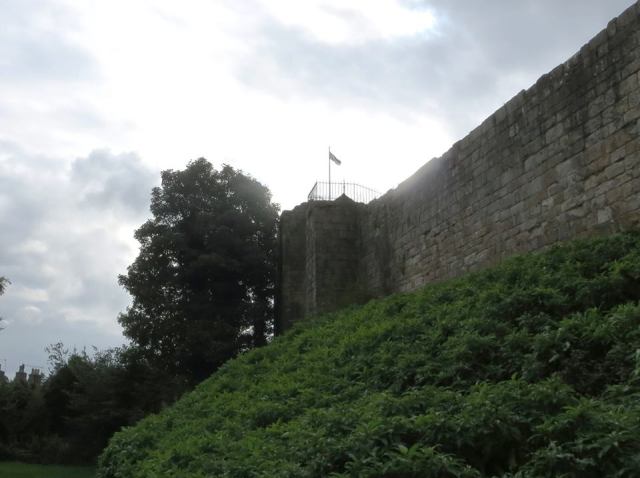 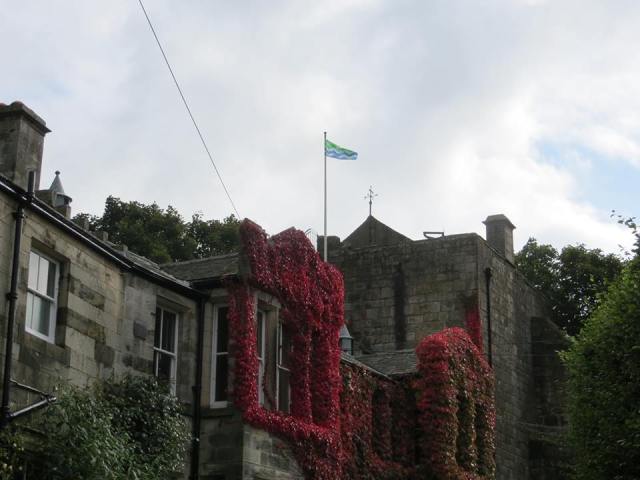 and was seen in the early light of dawn, at Beacon Edge 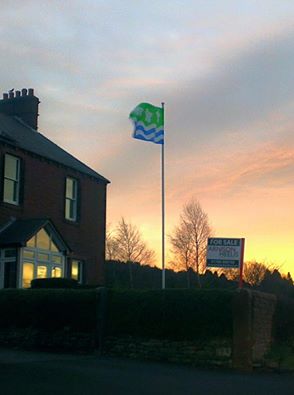 The flag, in shield form, is seen here 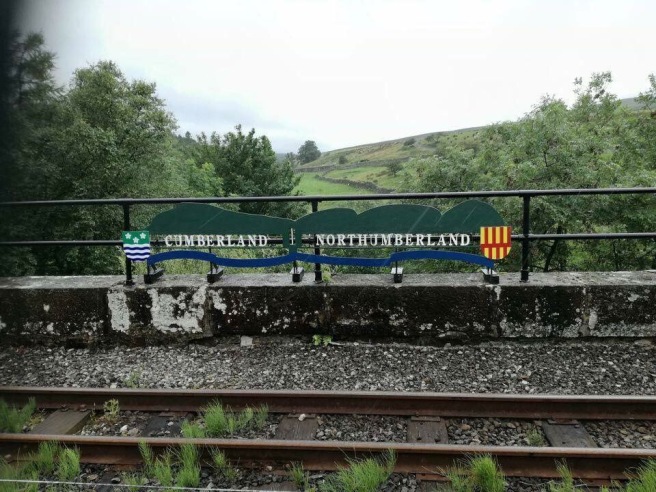 on a rail bridge, marking the boundary with Northumberland at right.

A spurious blue flag with a white cross,

sometimes inscribed with the county name, has also been commercially available. This is a private initiative, not based on any obvious local historical usage – it is not the county flag.